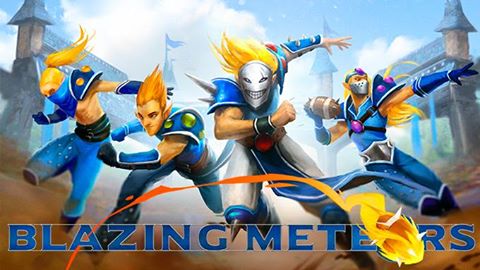 When last I posted, Iron Golems had been running a Kickstarter campaign for a fantastic Wood Elf team. The campaign has gained some momentum and this includes Lucas Pina sculpting up some alternate shoulder pads and minis to provide coaches a kick ass Pro Elf team.

As stated last time, I’m a big fan of Iron Golems. Of all the fantasy football minis manufactures, they are the closest to fielding 2nd edition styled teams. Fortunately, they don’t just crib the 2nd edition Games Workshop sculpts, but use them as inspiration. Iron Golem teams don’t look exactly like the teams in the old 2nd edition hardbacks…but they certainly look like teams that would be playing in the same universe.

Before I comment more on the new Pro Elf option here, let’s take a look at what I’m talking about…

Starting with their dwarf team, Iron Golems kept to the quilted/padded armour look of the 2nd edition GW squad, but gave them a long tunic rather than the the shorter vest. Check out the 2nd ed GW models followed by Iron Golem’s take:

Old School GW Dark Elves were famous for their helmets and shoulder pads. Iron Golems Dark Elves run with similar features but with a few twists. Unfortunately they can’t be seen in this photo, but they also added cowboy spurs to the models to add just that extra bit of maliciousness. Again, GW 2nd edition figs followed by IG. 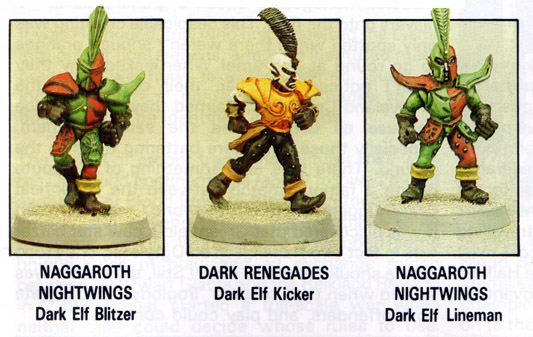 Iron Golems Human players look very close to 2nd edition and it’s easy to understand why. For a long time, those 2nd edition humans were seen as the pinnacle of human fantasy footbal team minis. They are indeed the classic Blood Bowl look, and you don’t mess with a classic. GW and IG:

Fantastic teams all around.

Well…with their Pro Elf add-on, you can now flip that Wood Elf team into pretty much a 2nd edition elf team proper. I am very stoked about this and it has now caused me to go all in. Lucas Pina and Iron Golems are putting the premier Elf squad on tables in my opinion.

These are still seen as some of the best Elf BB models ever made by many, and indeed like the 2nd Edition Human team, they are top shelf figs.

Incredibly, Lucas has retained what made these models great, while adding a new flair yet to be seen (as far as I know) in fantasy football. He’s kept the large, round shoulder studs, the smaller pant studs (for the line elves), but for the blitzers he’s brought on something new. These Pro Elves are not content to don the standard hockey masks seen across the league, they’re sporting Comedy and Tragedy masks to give the fans that extra pomp they crave at a fantasy football event.

Iron Golems could have stopped there, but nope…how about a whole new pitch and dugout? I’m floored… 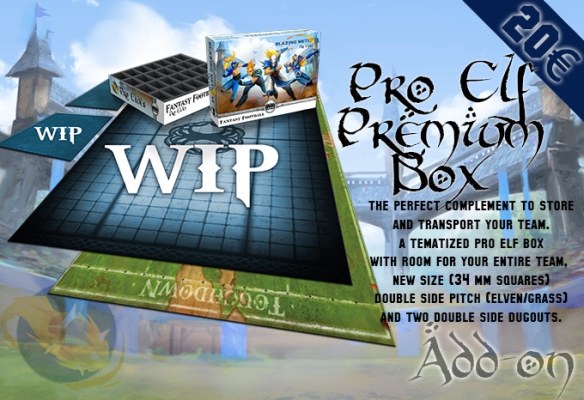 Now, in that previous post, I did mention not being a big fan of the Dryad, but Iron Golems has gone ahead with a campaign exclusive female line elf. I understand this elf will come with both shoulder pads, so she could run with the Woodys or the Pros. I like my teams to include a Fantasy Football mini firing off a finger or two at the opponent, so this was an autobuy. The fact that she’s actually wearing the same kit as the males and not some T&A suit is gravy. Well done, Iron Golems and Lucas Pina! 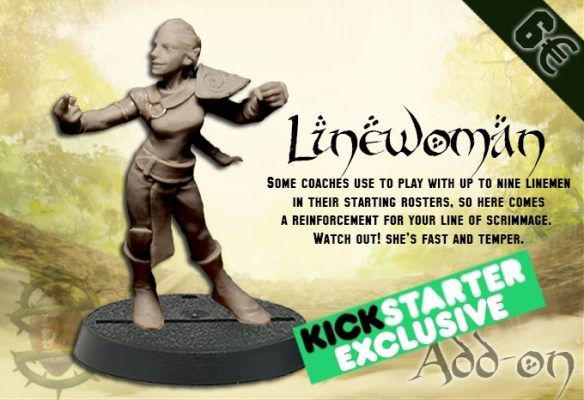 I couldn’t be more pleased with how this campaign has turned out. From a Wood Elf team that I was very interested in to a Pro Elf team that looks to be the final word in Elf teams as far as I’m concerned.

As of this posting there are still three days to invest in either the Wildthorn Acrobats or the Blazing Meteors.

You can’t go wrong with either.