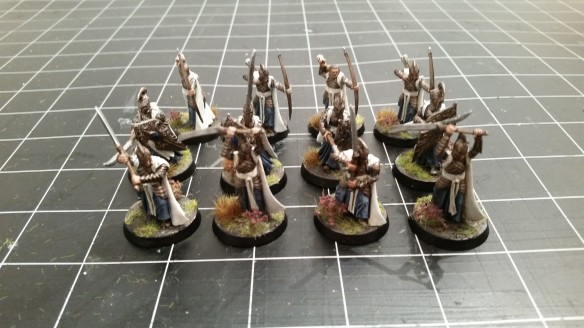 As Jeff mentioned in his post yesterday, we have together with another buddy, been working on a monthly painting challenge for the month of May. With Memorial Day being the holiday of the month we decided to honor troops everywhere by painting up 10 standard troop types. We’re all currently working on projects in different gaming systems, so an even number like 10 regular troopers seemed like a good fit.

Since I’m trying to get a Battle Companies campaign going in my area, I thought the opportunity would be perfect to get my starter Rivendell company painted and some more elves too to serve as a full 12-unit warband for points match play.

I had already painted up my converted hero with elven bow and my test color scheme elf with elven blade, so 10 more elves would take me up to 12 perfectly. Here’s my archer elf hero that I painted during April. His face isn’t perfect and could use some touching up. 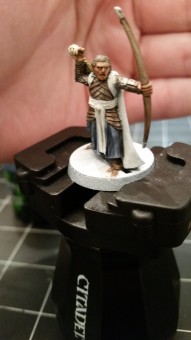 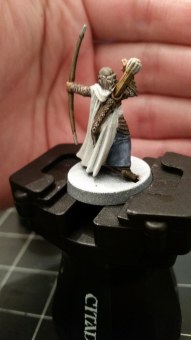 I made some good progress early on in the challenge knocking out four models before the middle of the month, but then I ran a half marathon, got sick and then the kids got sick so hobby time was a bit crunched. 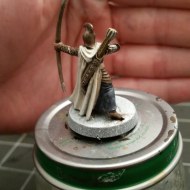 Then I managed to complete two more after picking up some basing materials, these guys served as tests for the basing which I think look nice. Though I’d like to add some rocks on the bases of the next warband I do.

I’m headed out on vacation for a week so I knew I needed to crank the rest of the models out and get them based in order to complete the challenge. Did I mention whoever fails the challenge has to pay $5 into a pot? We’re not exactly sure how the pot will get used or awarded, we’re still working out the details. Besides, we’re all going to complete it anyways, right? Right?

In the end, I didn’t get to do the Battle Companies hero conversions that I had wanted to as they still needed some touching up on the conversions. So I stuck with what I had. Although I did manage to paint up two of the sword elf conversions I posted about a while back. 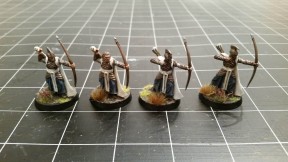 Some things I learned

Jason actually completed the challenge first with 10 of the new Namarti Thralls from Idoneth Deepkin range for Age of Sigmar. Not only did Jason finish first but he did a stellar job on the paint job and some amazing beach bases. 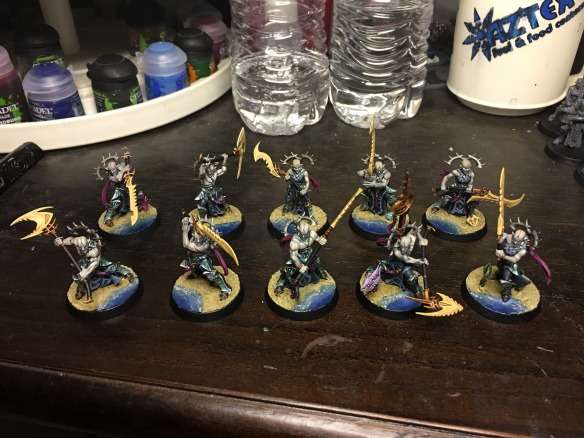 Because he finished first, Jason gets to choose the theme for next month, which in honor of his birthday he decided to … 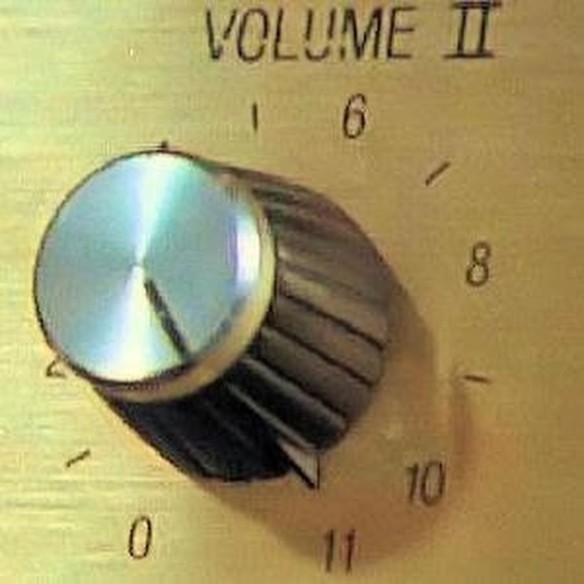 5 thoughts on “Under the brush: Memorial May elves”