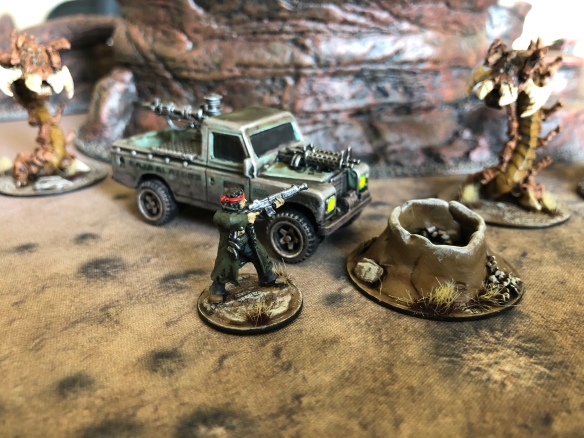 The film Tremors has long been my favorite Creature Feature and ever since the tale Perfection, Nevada was told in 1990 I’ve attempted to incorporate giant worms or bugs into all of my post-apocalyptic gaming.

I first attempted to create graboids for Dark Future, using Thorn Crawlers from the pre-painted Mage Knight line, but I could never get the rules into a satisfactory state. Some years later, the early, early 00s, I picked up a copy of Thunder Road and was able to re-purpose those Thorn Crawler models for the very simple Thunder Road ruleset. 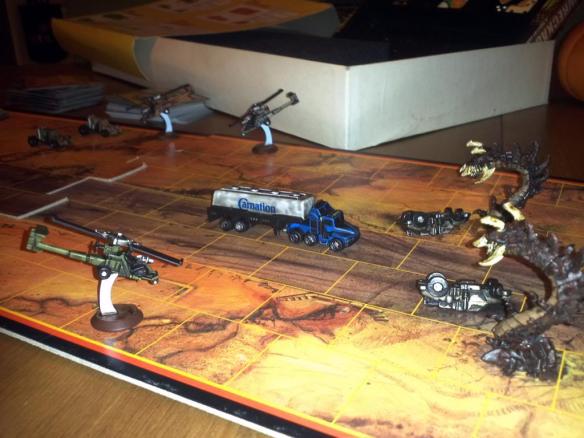 I’ve since sold off Thunder Road long ago, but when it came time to find some Big Game models for Gaslands…I knew exactly which ones I was going to seek out. 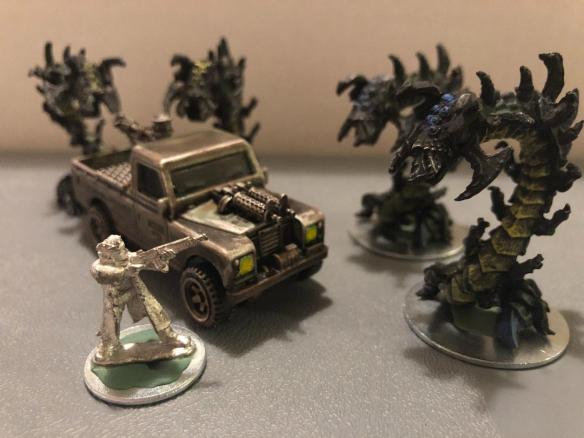 This time around, there’s already some nice rules in place. I only needed to find the models which have gotten harder to find. Still, despite the higher cost I paid, it was worth it to this hobbyist. Between these Mage Knight models and the Citadel Dark Future pedestrians, I’ve been able to emotionally connect my Gaslands games back to my Dark Future days. This is a project that’s really excited me. What was old and familiar have become new and still just as exciting. 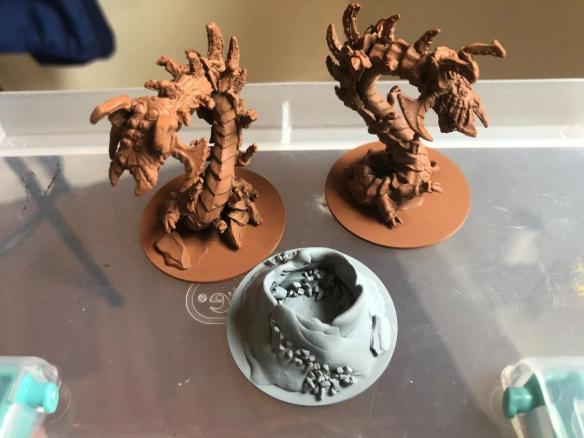 The Big Game scenario in Gaslands calls for setting up creatures within a certain space of the center of the table. It only made sense for me to create a marker for this center point while also adding a little more theme. It was a simple matter to puddy up a hive entry mound of sorts out of green stuff and small rocks. 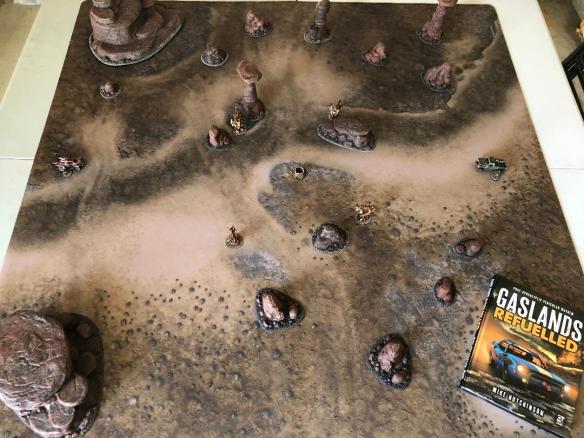 In the image above we can see the scenario set up, though I do include an extra Crawler/Graboid here just for visual effect. The scenario calls for the number of Big Game creatures to equal the number of players +1. Also, I’m using those Dark Future pedestrian minis as the spawn points. In this scenario, the spawn points are also where the players want the drivers to lure the creatures back to. Using minis on foot as spawn points is another cool way to add more narrative to the game without adding any more rules. Certainly more thematic than just a little flag or something.

Finally, below is just a simple shot of scenario in play with our drivers racing near the Crawler mound attracting attention.