Three posts in one week? This can not possibly be right… There must be some sort of disturbance in the space-time continuum… or something. Whatever the case may be, this is indeed my third post in one week. The reason? I got more goodies in the mail! Everything I received today is Blood Bowl related… and everything I receive for a while will likely be Blood Bowl related. As I said in Tuesday’s post, I am supporting the new Games Workshop release with my wallet, and as a result, I have decided that pretty much all of my gaming related purchases this year will be Blood Bowl related. I just spent way too much money last year on games and I need to keep to a tighter budget this year. 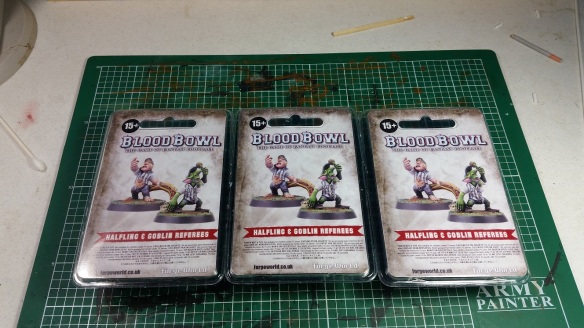 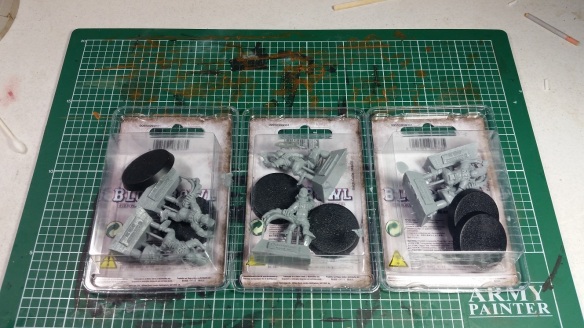 It was the limited edition resin Halfling & Goblin Referees pack. These are officially no longer available as of today. I made my first order as soon as these went on sale around mid December, but after four weeks of nothing, I contacted Forgeworld and they sent a second order and upgraded my shipping so that I received the order in a week. It took a little longer to receive them than I had hoped, but I was happy with the assistance I received in getting my order straightened out.

Now, you may ask why I ordered three sets of the referees minis. That is pretty simple, actually… Since they are limited edition, I bought one set for myself, one set for a friend who was on his way back from Afghanistan at the time, and one set to keep in the “for trade” bin in case I come across someone one of these days who has something that I just MUST have.

The minis look great. As others have pointed out in various outlets, the minis are quite a bit larger than you would expect for a Halfling and a Goblin. What I read is that they made them larger on purpose because they are “sideline” minis and the designers wanted them to standout along the side of the pitch. Also, since they are sideline minis, they did not need to keep the scale exact. What ever the reasons, the minis are BIG. Once I get them painted up, I will probably write a post about them with size comparison pics.

The other package I got in the mail today was something I picked up on eBay. It was a set of Blitzmania Special Play cards. 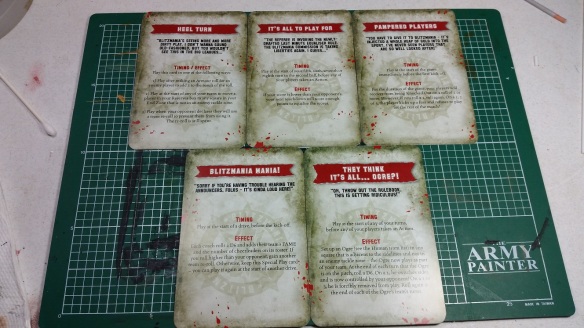 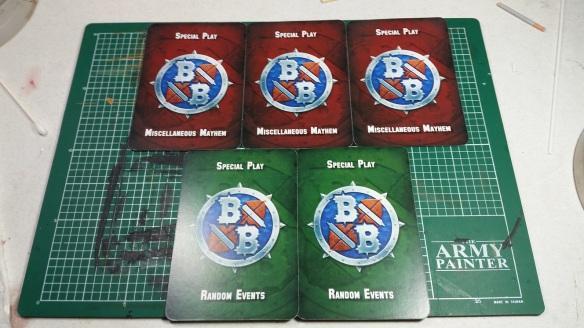 The set contains three Miscellaneous Mayhem and two Random Events cards. With the Blitzmania league that GW is launching, participating stores are supposed to hand out a card to players every night that they show up. I possibly could have gotten all of these cards just by showing up and playing each week, but paying (over paying?) for a set on eBay was the easiest way to guarantee that I ended up with a complete set. Also… I have no self control when it comes to Blood Bowl swag, so I barely hesitated in clicking that Buy-It-Now link.

Here are some close up pics of the card text. 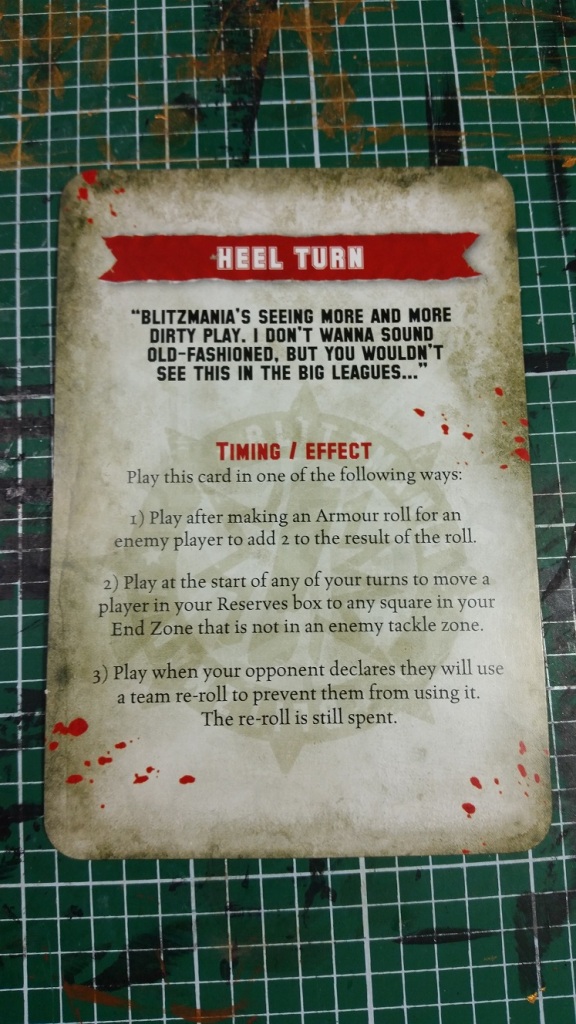 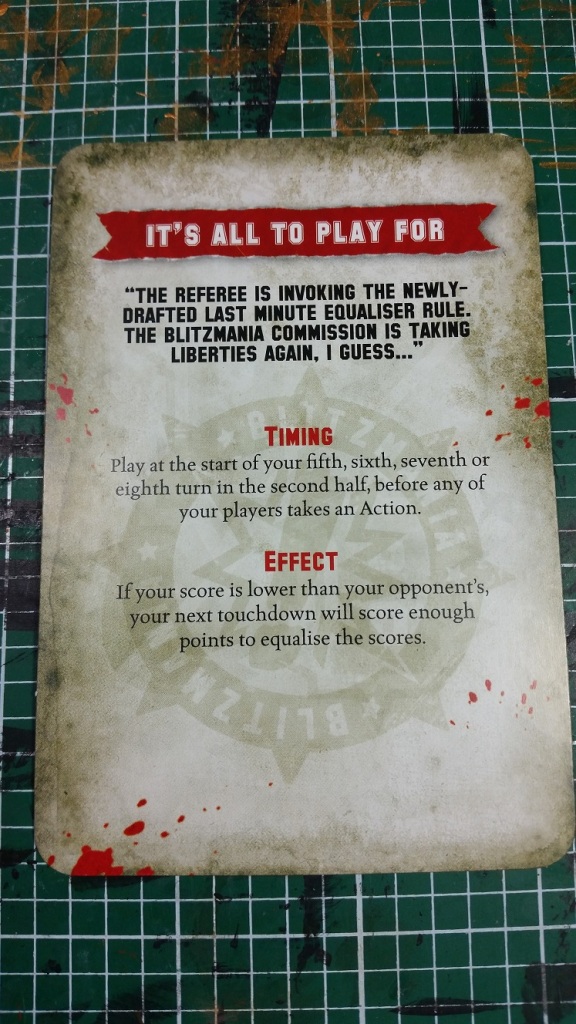 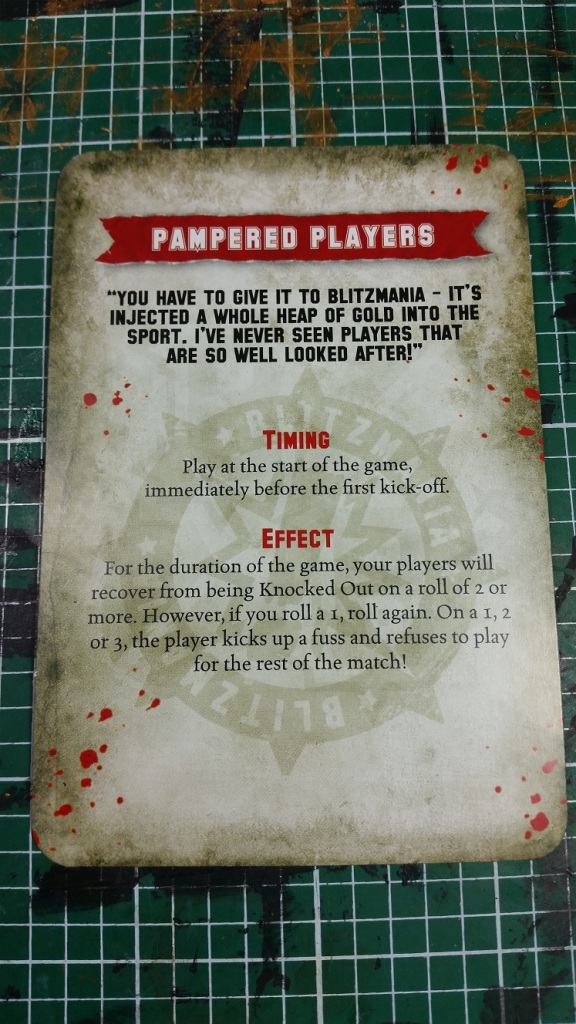 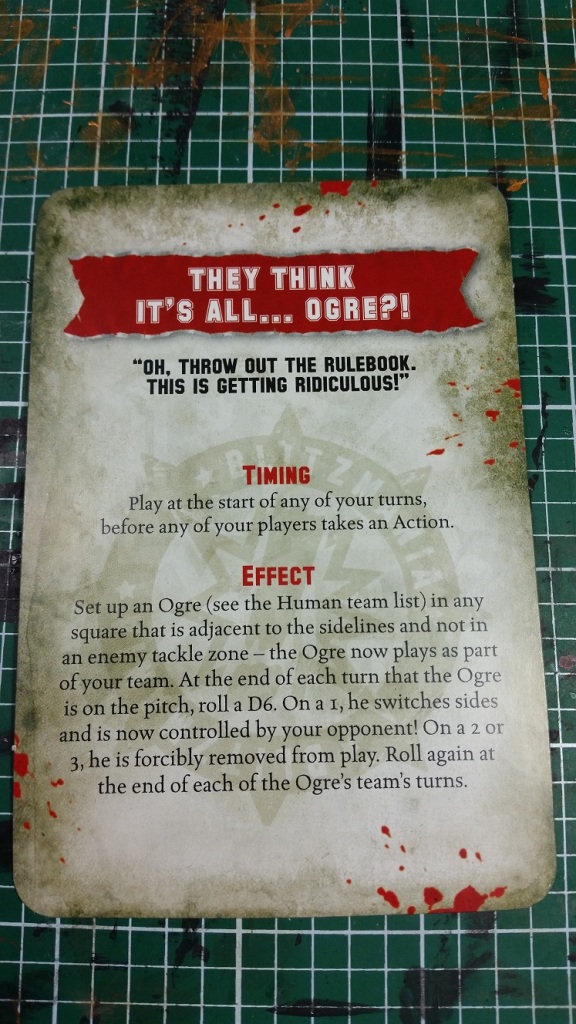 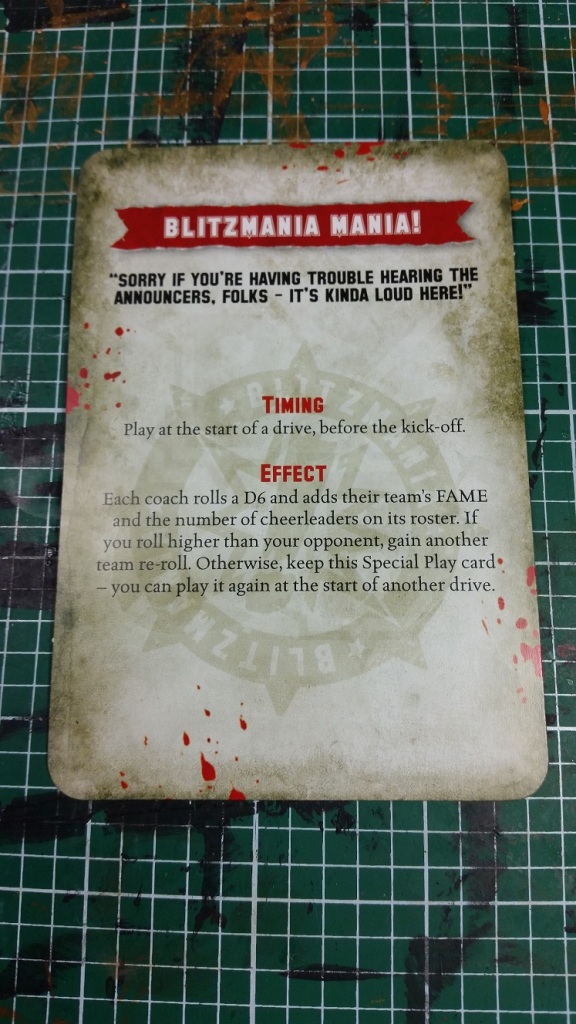 I like the Blitzmania watermark on the face of the cards. It makes it easy tell the cards apart from the standard set in case I need to remove them from the deck for any particular reason. The Blitzmania cards are also the same size as the standard Special Play cards. That might sound like a given, but I had previously picked up a set of the Winterbowl Inducements cards from eBay as well, and they are slightly smaller than the standard cards. Again, the size difference makes them quite easy to tell apart, but I would have preferred a simple water mark for the Winterbowl cards, and not a different size in all honesty… but I digress.

On a side note… I also made an order today for more fun things to show up in my mail box. Today this bad boy went on pre-order: 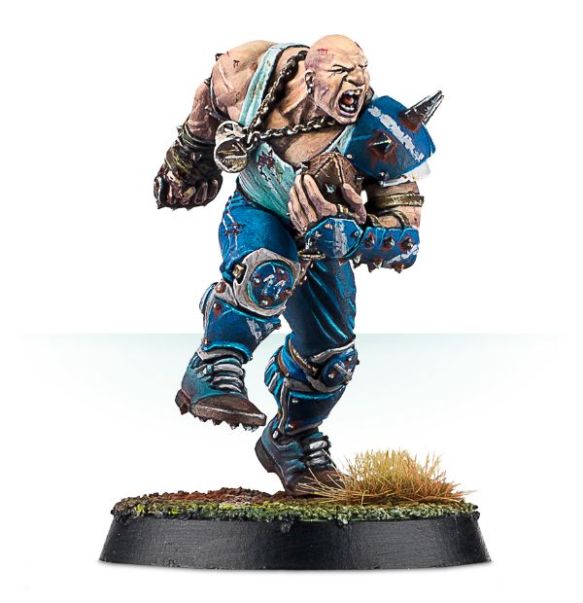 I already own a 3rd edition Zug, a 5th edition unreleased Zug, and now I will have a 6th edition Zug. Just keeping the tradition going. 🙂

Also, tomorrow will start pre-orders for the new Dwarf team, a set of Dwarf dice, a new deck of cards, and if the rumors are true, a new Skaven/Dwarf double-sided pitch. It looks like tomorrow is going to be an expensive day around here…