Two Friday’s ago, Games Workshop announced the pre-sale of the second Star Player in the Blood Bowl range. I ordered it immediately, because of course I did! After barely a week and a half of waiting, I came home from work yesterday to find yet another package from the UK in my mailbox. Woohoo! 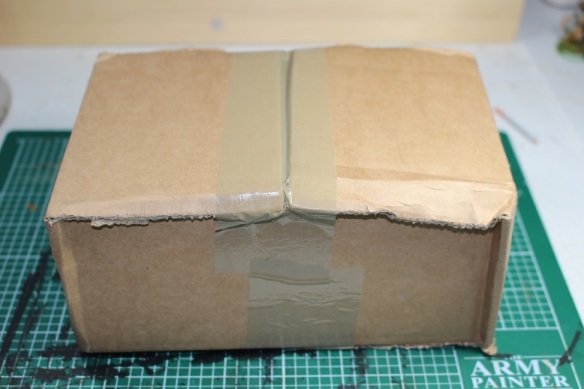 Since the wife and boy were not home yet, I immediately grabbed the knife and began cutting shipping tape!

That is just pretty…

Like all Forge World resin minis, Varag was a little pricey but I was still pretty excited to get my hands on it. 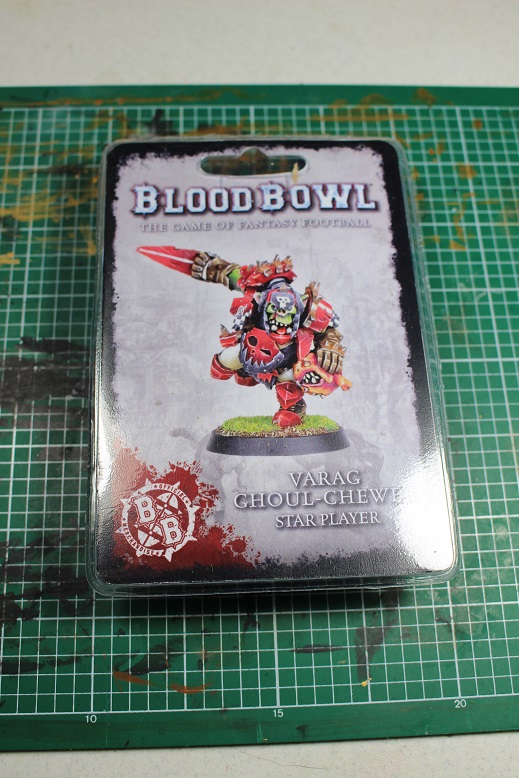 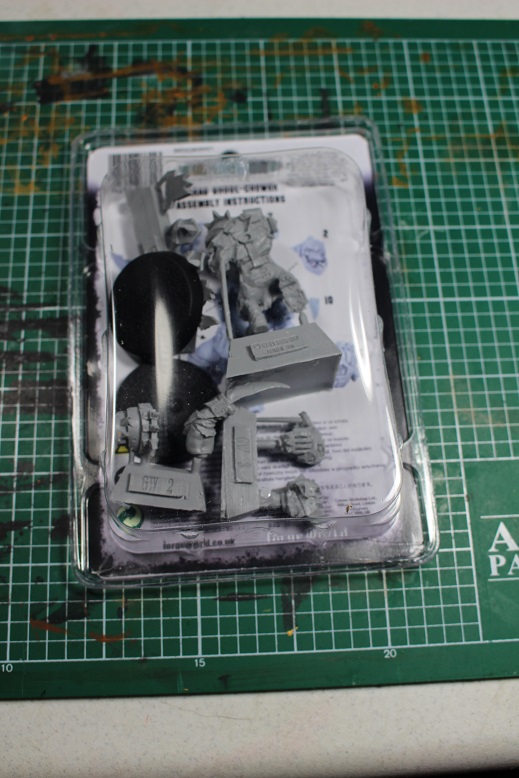 How about we cut this bad boy open and see what is inside?

Like Zug, Varag comes with a full color booklet inside the packaging. The front has a really nice, full color photo of the mini. 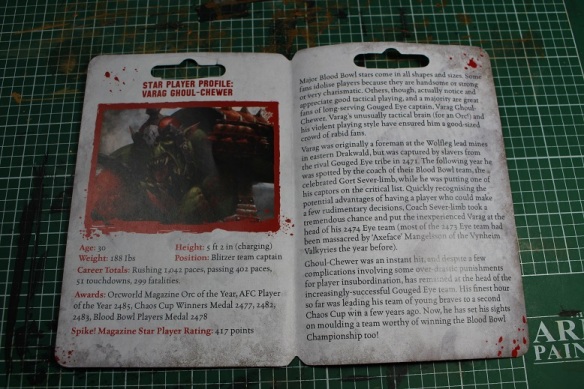 The inside of the booklet is filled with details and fluff about Varag, which is always nice.

The back has assembly instructions. Notice all the small pieces of armor. Do they look like they will be a pain in the ass? There is a reason they look that way… 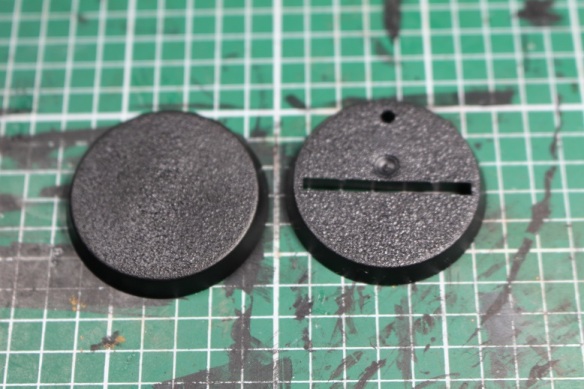 Like Zug, Varag comes with two 32mm bases. Like Zug, I will be using the standard base, and not the slotted base. 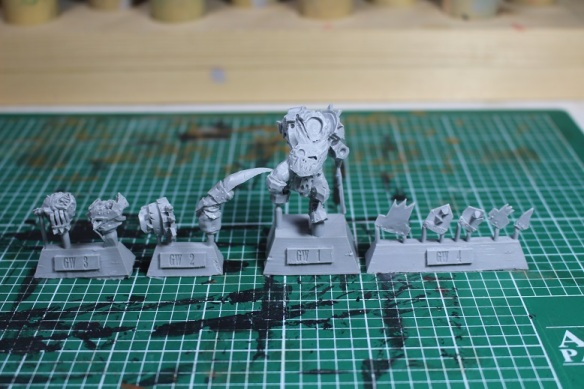 Here are all the pieces of the mini lined up. Maybe it is just me, but I really feel like this is a LOT of pieces for one mini. Time to wash the minis to get rid of the release agent that resin minis are notorious for.

All the pieces washed, trimmed off the resin blocks, and filed smooth. Man, that is a lot of small pieces for one mini… I do have to say that I am a little disappointed that there was not an option for a hand without the ball like the one that came with the Zug mini. I would have used that hand had it been an option.

Here is Varag assembled. Remember all those tiny pieces that looked like a real pain in the ass? They were. No really… A couple of the pieces are held on with poster tack for the photos because I am going to have to paint them separately. I hate having to do that, but there is no way I will be able to paint everything if the mini is completely assembled.

Here are some more shots of Varag. 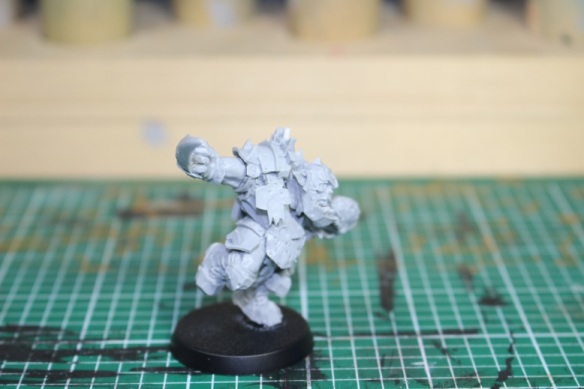 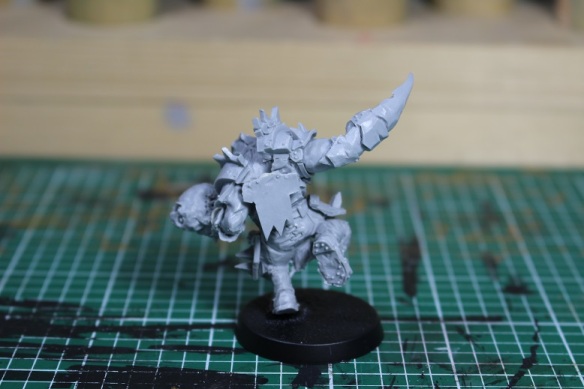 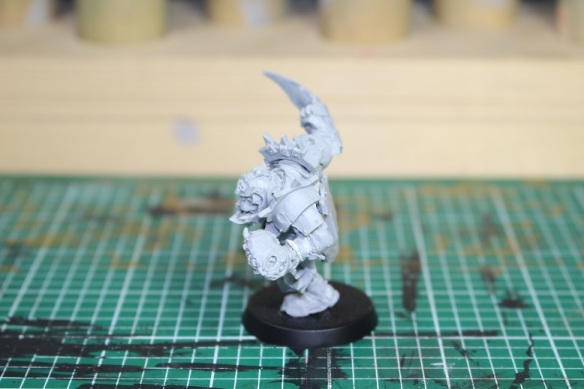 Now to the size of the mini… Varag is BIG. REALLY big. 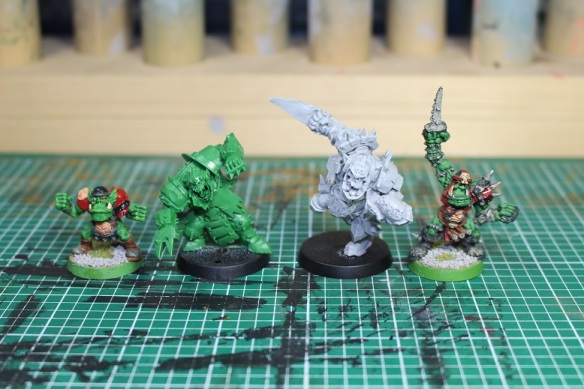 I know he is a Star Player, but he is supposed to be a Blitzer, yet here he is clearly bigger than the new Black Orc mini, which is also pretty darn big. On his right is a 3rd edition Varag, which is down right dwarfed but the new version. On the far left is a 3rd edition line orc. He looks tiny compared to the new minis.

It is a short post today, but it has been a very long day and I am going to bed now.