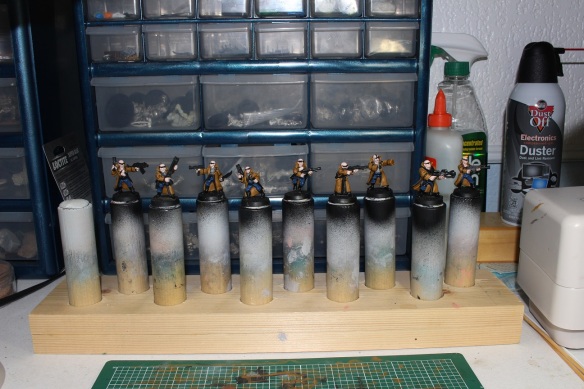 James often claims that he is the world’s slowest mini painter, but I think I might have him beat… only because it takes me months to get the motivation to finish painting minis, even if I am writing a series of posts about painting minis to try and keep myself motivated… I all seriousness, with the surgery that I had a few weeks ago, it was hard to concentrate on much else in the weeks leading up to it, so I really didn’t get much of anything hobby or site related done during that period of time. Now that my recovery is well underway, I was able to finally get some painting time in, and I was able to actually finish my Delaque gang.

When I left off last time, I had finished with the flesh, shirts, pants, and jackets of the minis. That left me with all the weapons, pouches, straps and other details to finish. Since I was only physically able to sit for short periods, it took me a couple of days to finish. 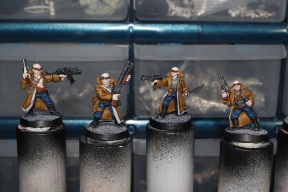 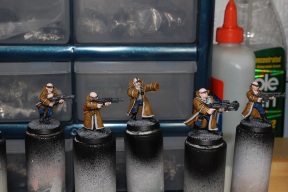 It took me a little while to decide on what colors to go with on the lapels of the coats and straps, but I finally decided on a Stonewall Gray for both. I used Boltgun Metal for the revolvers and blades the minis were holding. I used a Black Wash on the revolvers and called them done while I used Chainmail Silver, then pure Silver for highlights on the blades. Finally, being a firearm guy in the real world, I decided to keep all the rifles muted black with a slight Cold Gray dry brush to pick out the details. Doing it that way kept them looking very UBR (Ugly Black Rifle), which I like. After that, it was just a matter of picking out other details that still remained.

Once I had the minis done, I needed to finish the backpacks for both Heavies, and the big machine gun for the first Heavy. One backpack was mostly a leather sack, and the other consisted of two tanks for a flamer. Both were easy enough to paint and only took a few minutes.

The last step was to finish up the bases. I went with a very simple coating of small sand. I left the Black primer coat and simply dry brushed Cold Gray then Stonewall Gray. With that, the minis are done and ready for a game or two. Remember, I purposefully kept them at a table-top standard and no intention of going all out on the paint, so keep that in mind when you look at them, and don’t judge me too harshly. 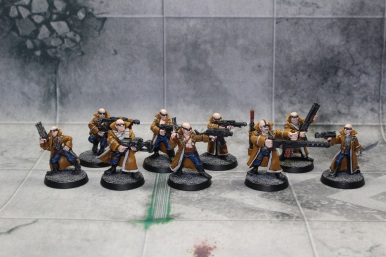 They won’t win me any painting trophies, for sure… but at least I now have some more completed minis to play games with! Here are some closeups of the minis. 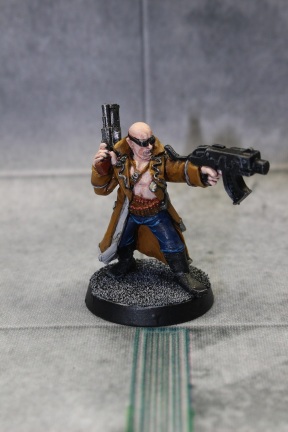 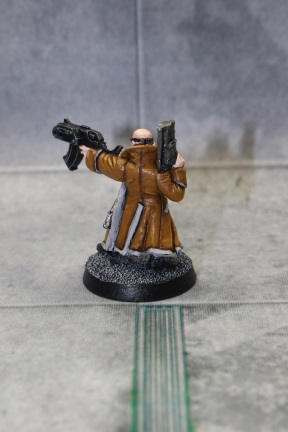 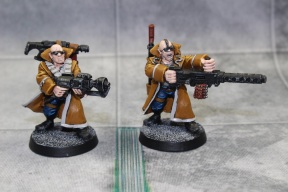 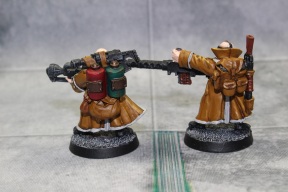 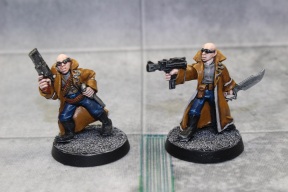 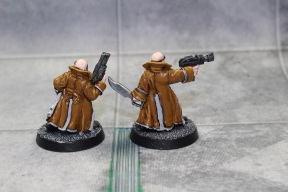 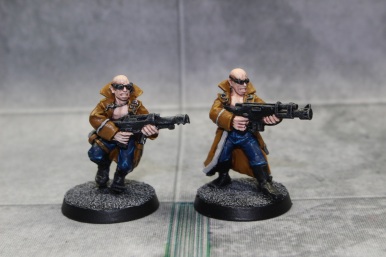 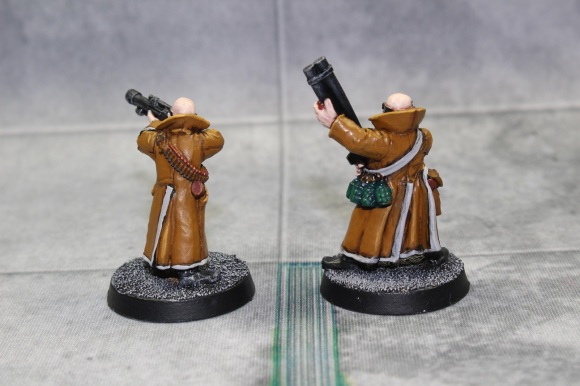 Are you getting ready for the new Necromunda release, too? Let me know what you think!

4 thoughts on “Under the Brush: Delaque Minis Ready for the Table”