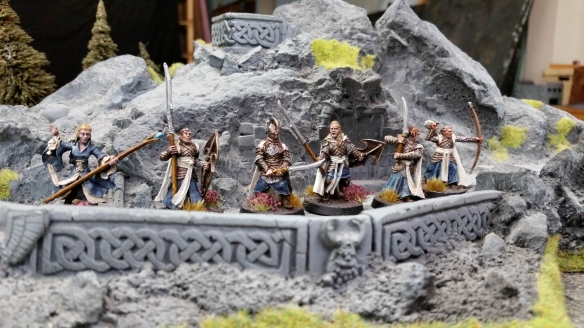 Battle Companies 2.0 for the Middle-earth Strategy Game has been out for several weeks now and I’ve already tested it out with my buddy over a couple of games. Since then, in a preparation for a map-based game with a local group, I’ve painted up my starter battle company. I’ll be playing Rivendell, as that’s my main army so far. I present to you, the Heirs of Gondolin!

I had a tough time imagining a group of elves would leave the sanctuary of Rivendell to go out adventuring in the world. Sure they could be sent on some errand by Lord Elrond, but that sounded a bit too boring. Instead, this group is descended from survivors from the fall of the ancient city of Gondolin. Inspired by the discoveries of Glamdring and Orcrist by Gandalf the Grey and Thorin Oakenshield, this company has left Rivendell against the better wishes of Elrond to seek more ancient artifacts that they consider to be relics of their past. 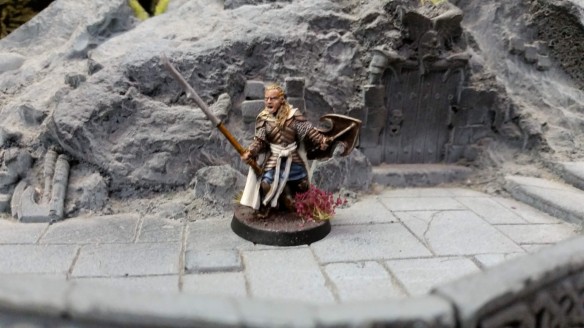 The leader of this company is Palarean or “Far Wanderer” as rendered in the common tongue. He is armed with a sword and shield. Palarean started out as an armored Glorfindel, whose head was removed to make my mounted version of Glorfindel on Asfaloth. He then got a head donated from Elrond from the Last Alliance, and there he sat for a while. 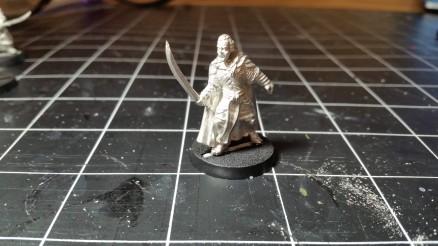 I figured I had two other figures in mind to be the sword wielding members of my starting warband and that a spear and shield might look cool on the pose. The shield is an extra from the metal spear elves I had laying around and the spear is a lance from an extra arm from the Rivendell knights kit. 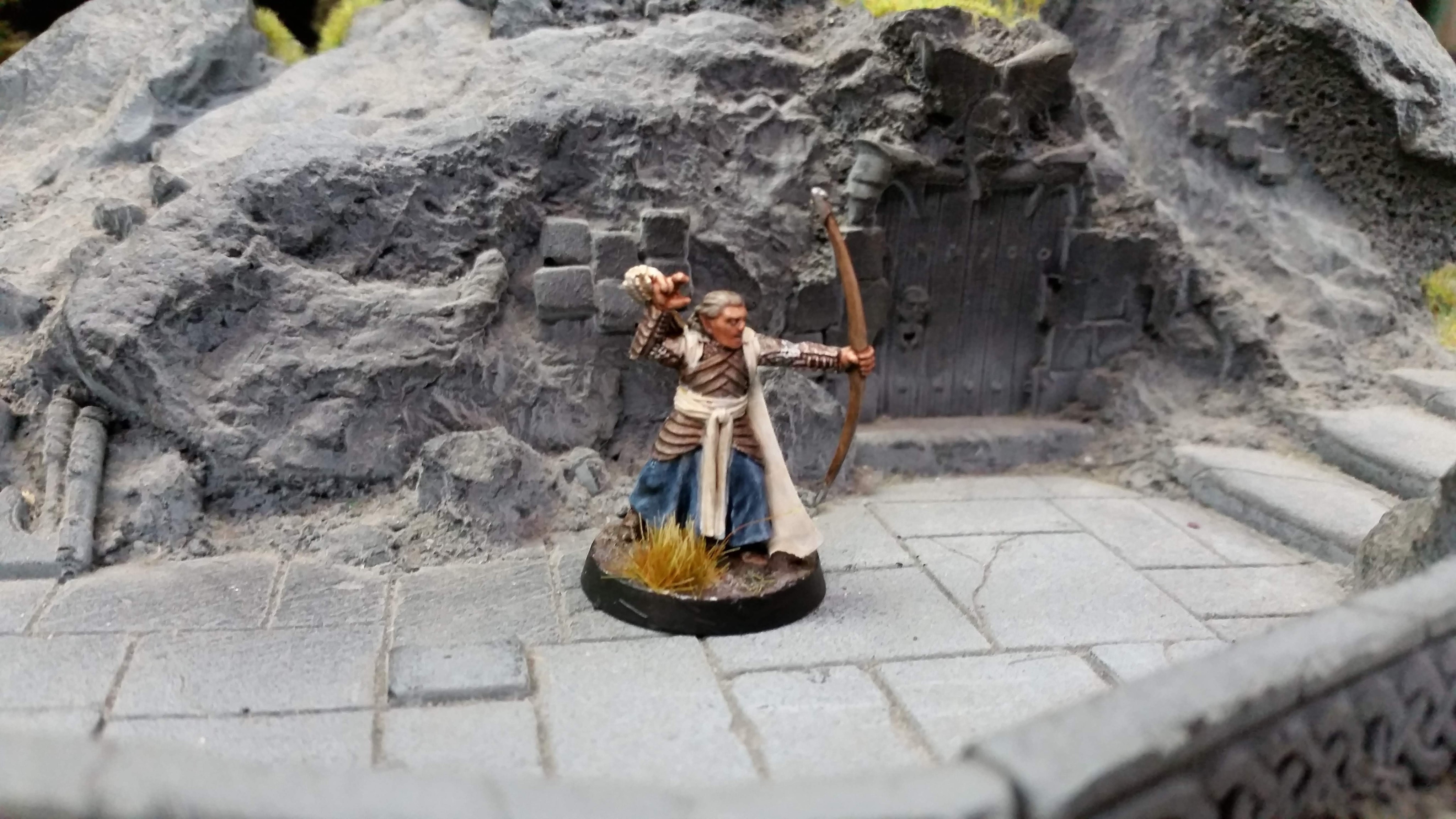 Next up is one of the company’s lieutenants, the archer Sorontil, or “Eagle Horn.” I actually made this conversion and painted it up last year after the first edition of Battle Companies was released. Now he finally has a completed family. 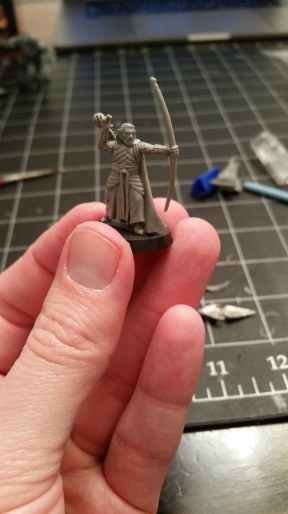 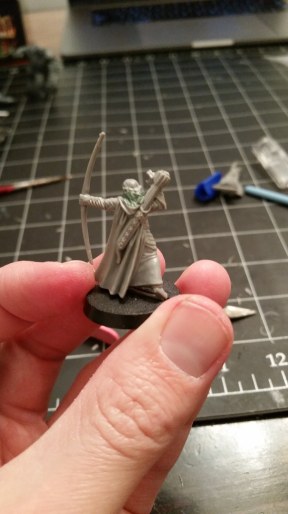 This was a very simple conversion. Plastic bow elf with the head from a plastic wood elf. Bit of green stuff to add some hair and tidy up the conversion. Simple enough. 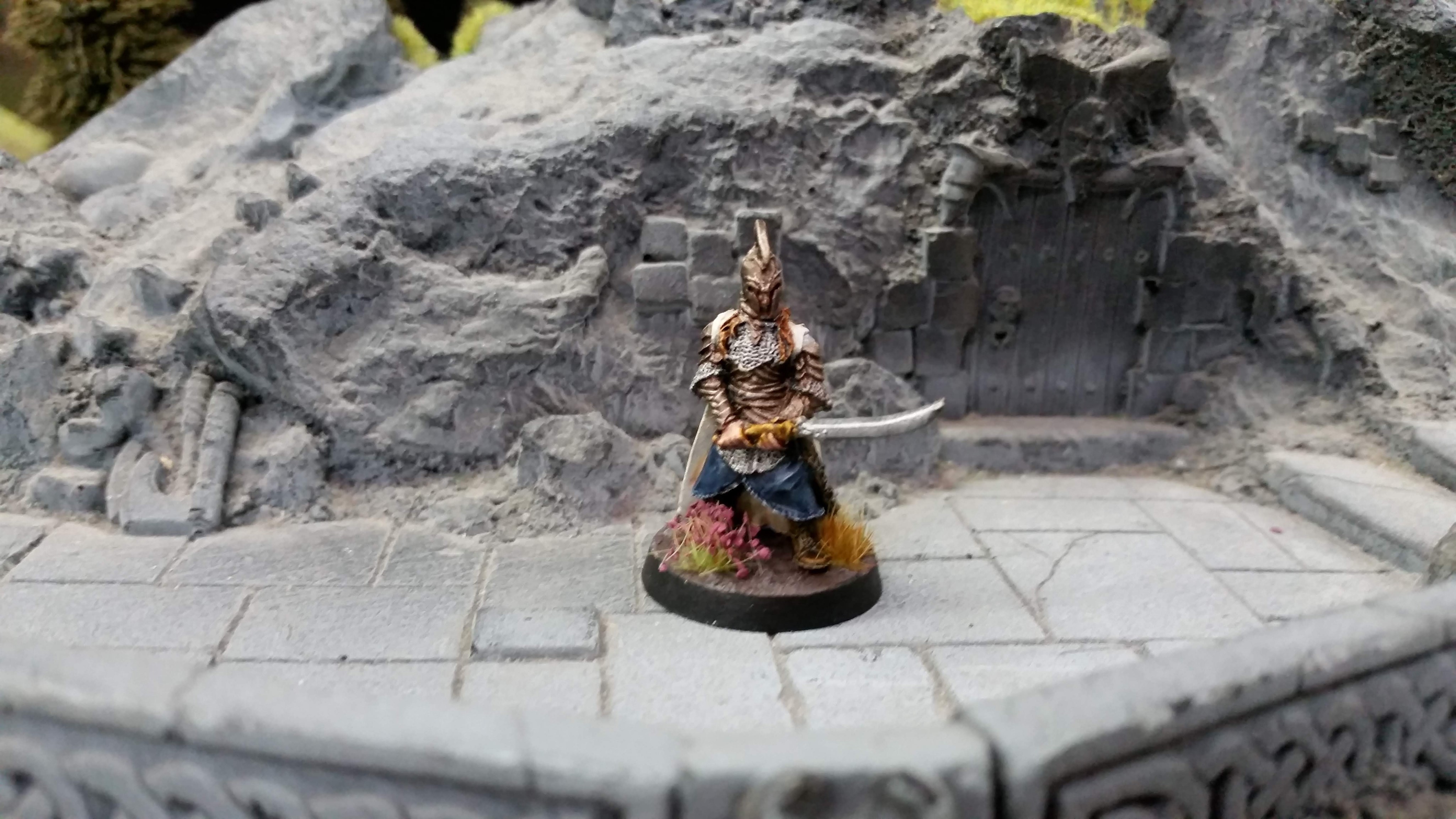 Mormacil, “Black Sword,” is the other lieutenant for the Heirs of Gondolin. I imagine him as being something of the combat champion of the group. Rather large and burly for an elf. 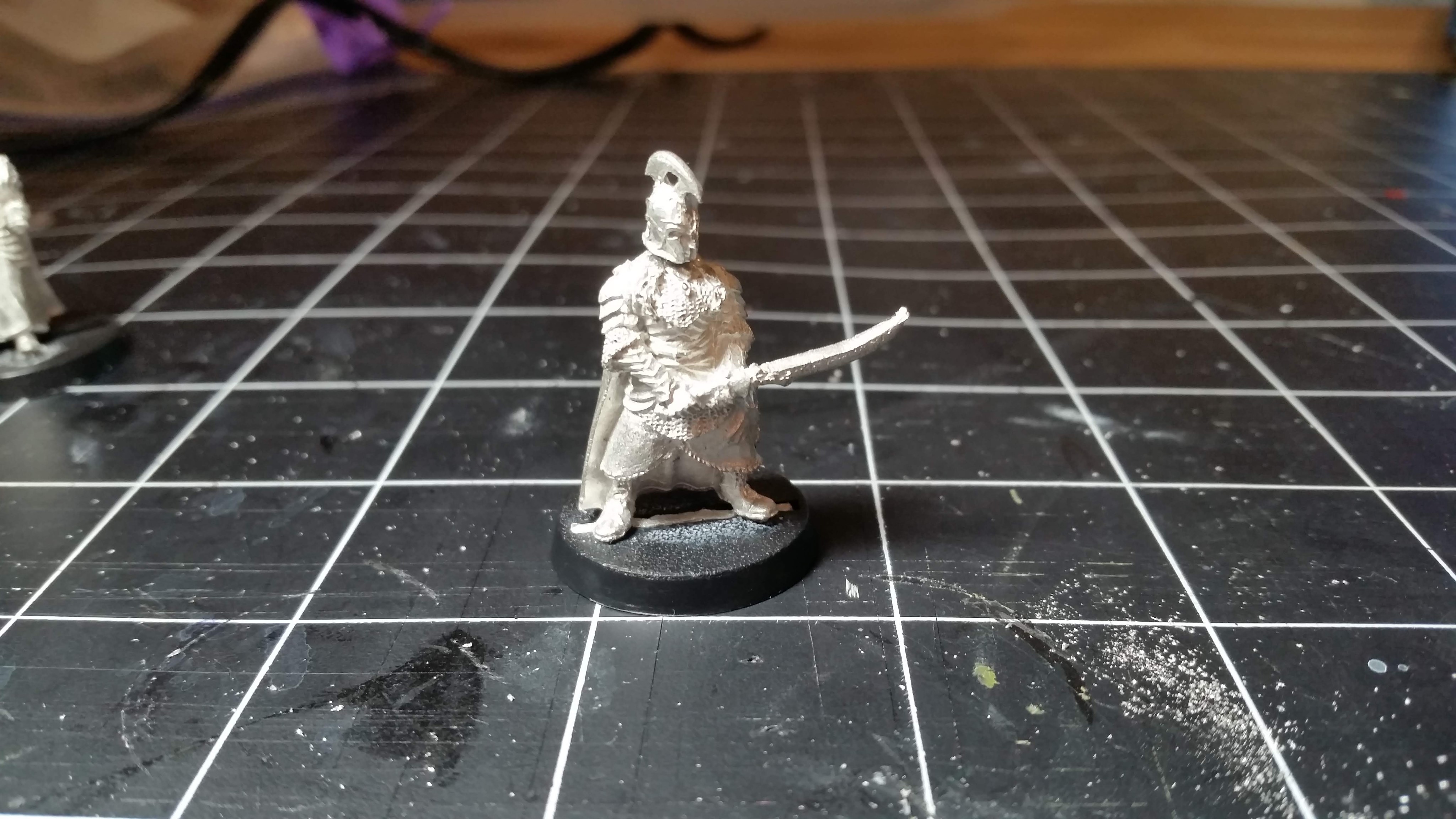 Another simple head swap. Since I now had a headless Elrond, I gave him the helmed head from an elf spearmen. I really like this pose of the Last Alliance Elrond, but since I have the much coveted finecast Elrond mounted and on foot, I figured he wouldn’t see much game time anyway. Also as a figure distributed in the Battles Games in Middle-earth magazine, he’s not exactly rare. 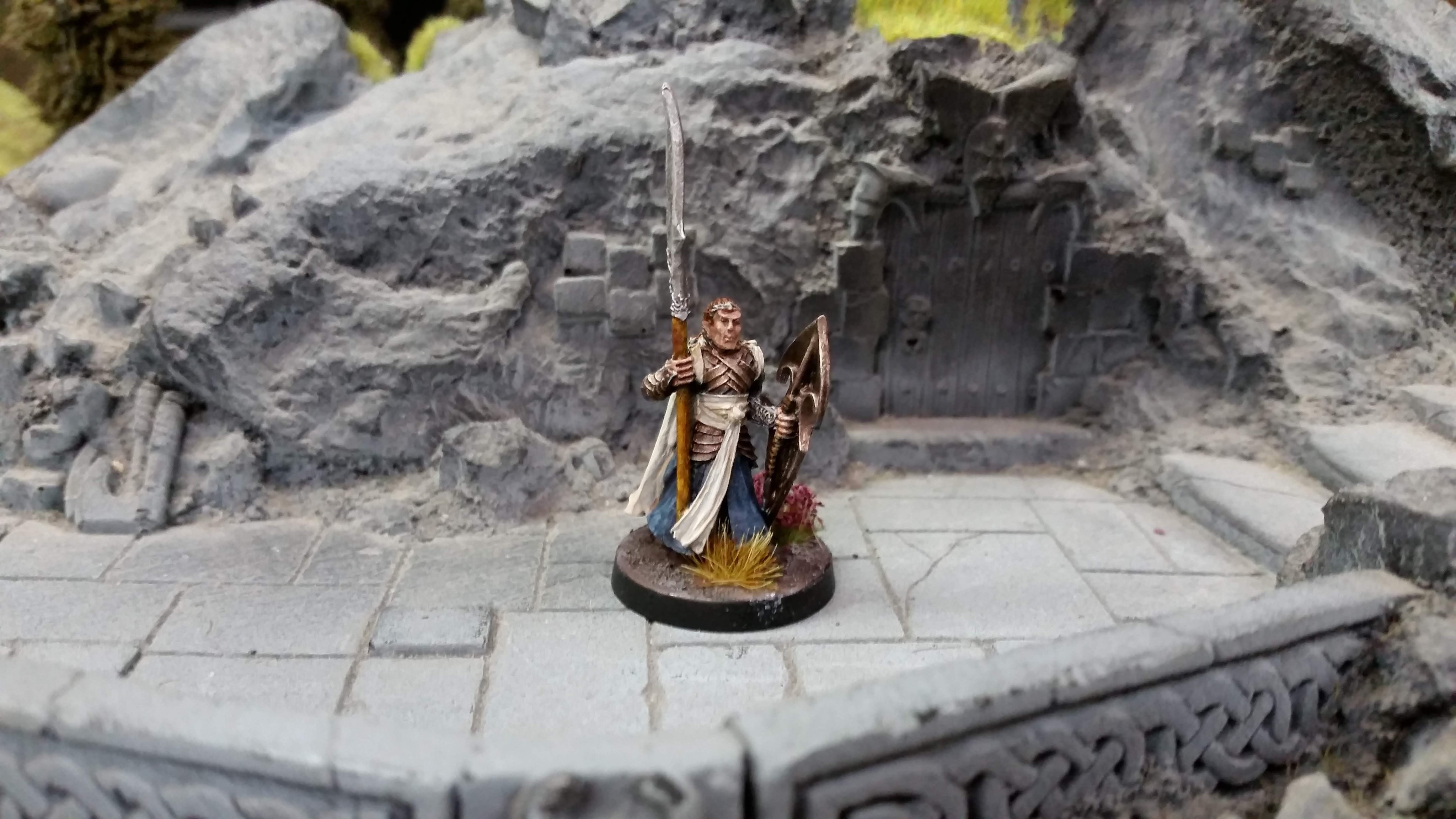 Tilion, “Horned,” I couldn’t find any quenya words for spear so went with a horns theme. This is the first of the two warriors the Rivendell battle company starts out with. They aren’t heroes so don’t have any Might or Fate yet. 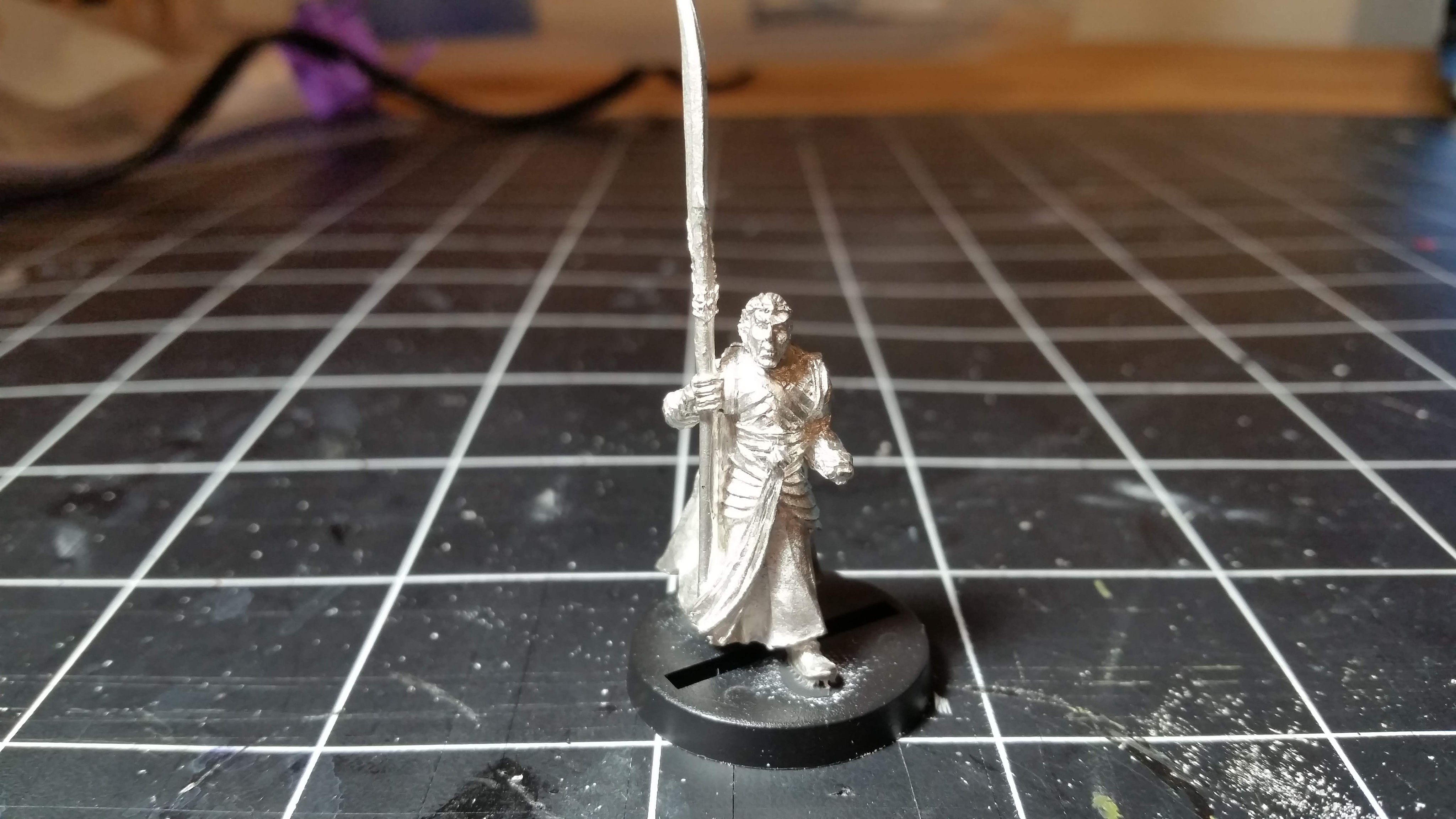 See, this is the body that Mormacil’s head came from. The head is from the mounted version of Ellrohir that I used to make my mounted Glorfindel. Are you sensing a theme here? Waste not, want not. 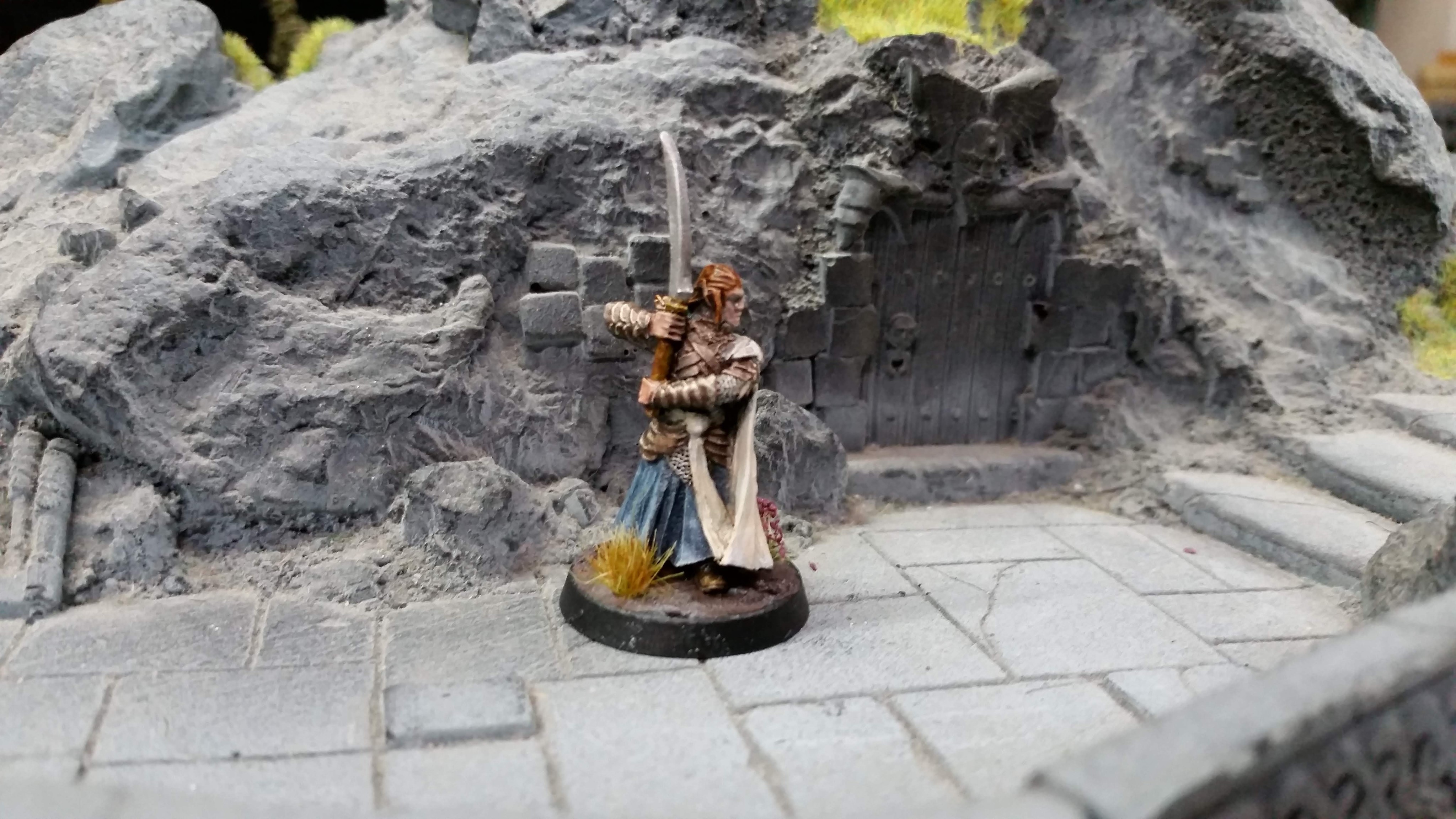 Calmacil, “Sword of Light,” is the other warrior of the Heirs of Gondolin, equipped with a hand-and-a-half elven blade. I think Calmacil might be the brother of Mormacil, bringing the balance of light and dark to my band of elves. 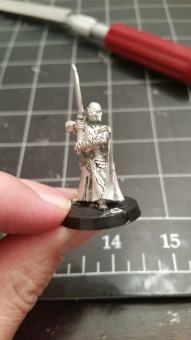 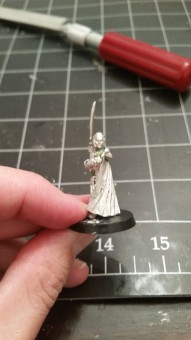 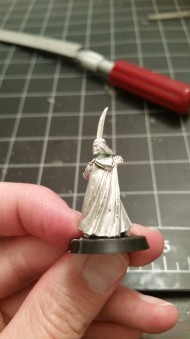 This is a conversion that has been sitting around unpainted for a year or so. I originally intended him to serve both as a member of my battle company but also as an armored version of Lindir. When I first got into MESBG I bought a big lot of Rivendell elves, with a few other models in there. Among them was a banner bearer missing a head. It also happened to include a spear elf missing a spear. I managed to track down the now-rare Lord of the Rings conversion sprue which includes a single elf head. I removed the banner and attached it to the spear elf to make a banner elf with shield. I used a broken elven blade (possibly from Glorfindel?) and cut down the shaft of the banner to make it more the length of a sword.

In the latest edition of the rules, Lindir can still take armor, but is only equipped with a one-handed elven blade, so he can never go two-handed in combat. That’s fine, I have the finecast model for him as well, so might as well use it.

Last, but not least is Silinde, “One Who Shines White.” This model does not represent a starting model for the Rivendell battle company which consists of five models (2x swords, 2x spear and shield 1x bow). Silinde, then will represent one of my heroes should they choose to go down the new Path of the Sorcerer in the new Battle Companies. Or possibly as a hired sage. Technically sages are only listed as having the human keyword, but we can house rule that in our campaign. 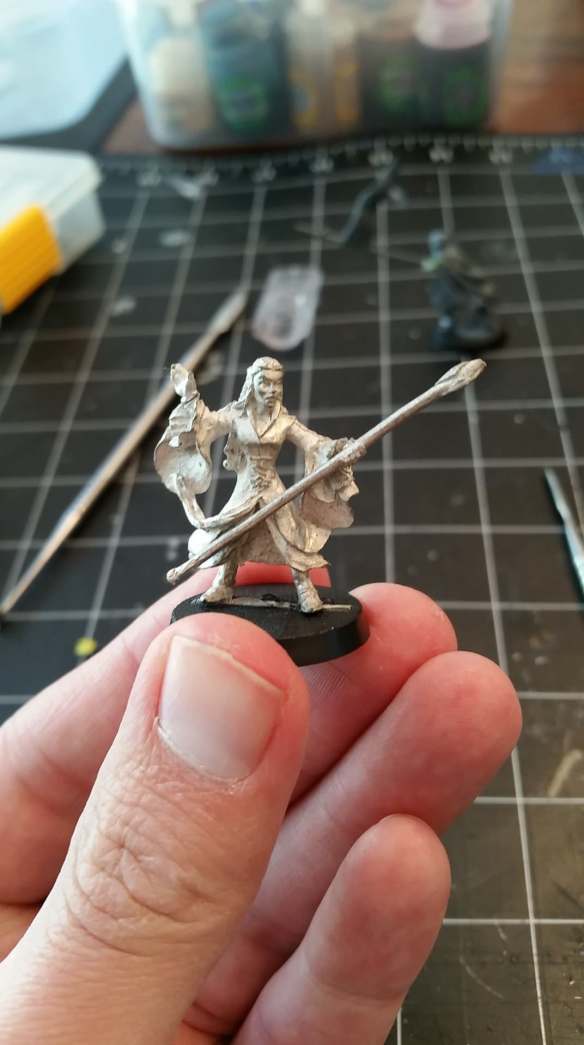 This model was put together from the original Arwen sculpt. I don’t fancy this model much, the proportions are a bit wonky, she has a very narrow waist and reminds me of some of the Warhammer high elf models from around the same time period. I much prefer the Juan Diaz sculpt that is still in production.

In the ebay elf lot I mentioned earlier, there was also the strange inclusion of the arm sprue for the Mordheim elf mage. This itself is an excellent model, and from the more heroic scale Mordheim range, is more slender and has finer features. A perfect fit for our clunky Arwen!

This model also intrigues me for it’s potential use in proper points match games of MESBG as a Rivendell stormcaller. Not a particularly amazing profile, but it interests me because the reason I gave her blonde hair was to use as Celebrindal, wife of Elrond, daughter of Galadriel and mother of Elladan, Elrohir and Arwen Undomiel.

And there you have it! I leave you with a gallery of more angels of the paint jobs taken from my painting desk. Please leave your comments and criticisms below. 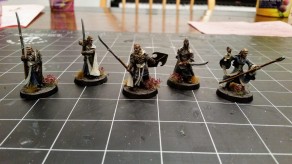 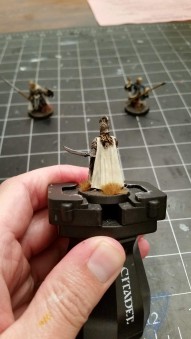 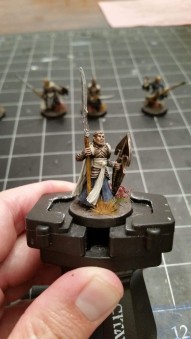 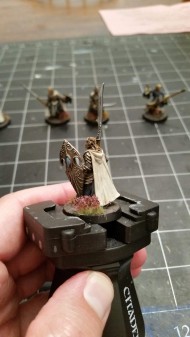 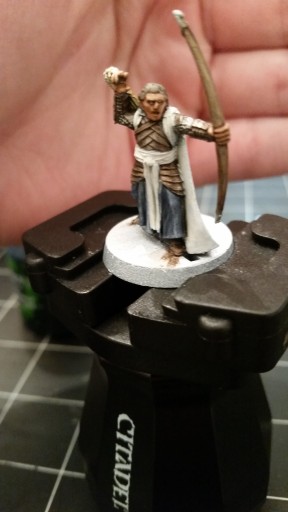 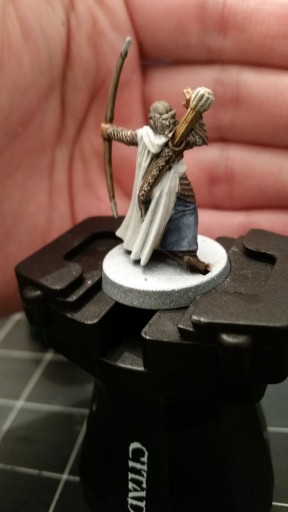