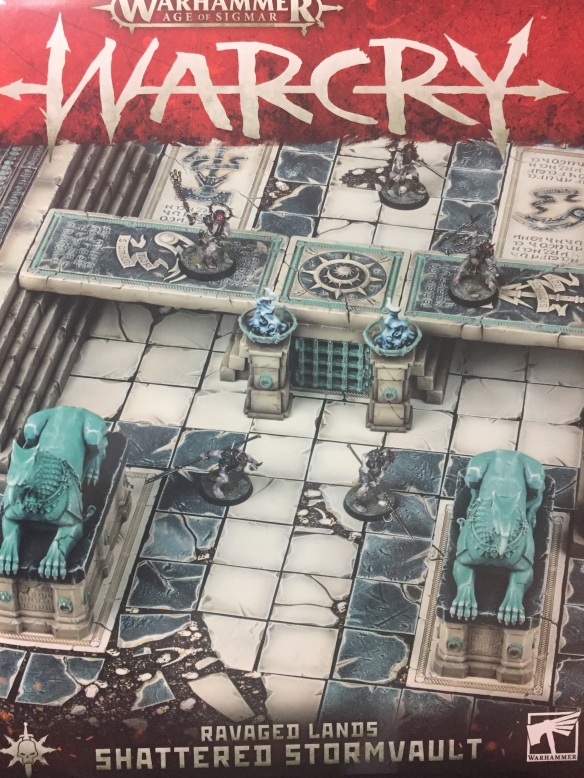 I’m a bit late to the party this time with the Shattered Stormvault.  I used up the last of my Paypal money to order this fellow off Ebay so it arrived a little bit after the release weekend.  Read on if you wish to see the secrets of the Stormvault revealed! 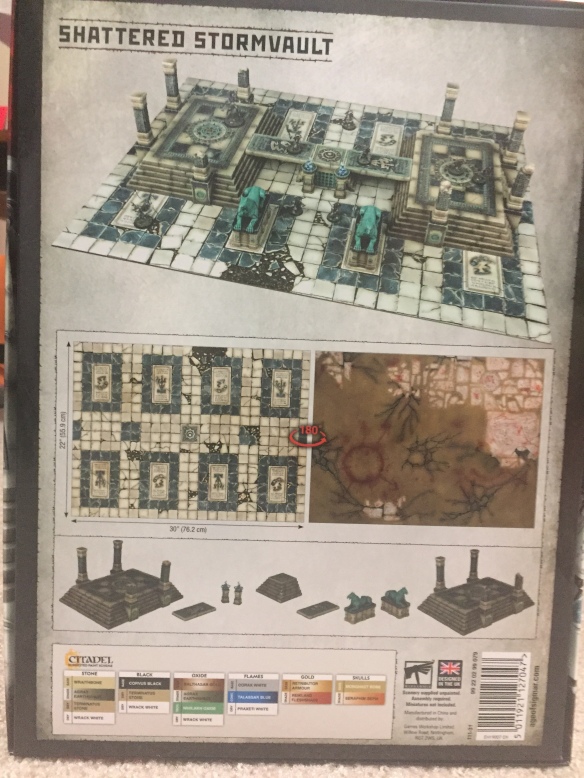 Continuing the trend with the Corpsewrack Mausoleum, this box set does not showcase any new terrain but instead re-boxes existing Age of Sigmar terrain along with a board, tokens, and cards.

The terrain isn’t too varied but I do really enjoy the style of the Stormvault terrain.  It’s obvious that the terrain was originally designed with AoS armies traversing over them instead of small warbands.  There isn’t much in the way of platforms or varied height features.  Despite this I still think there is plenty of great terrain to spice up Warcry.

The terrain is again in a very hard and sturdy plastic and from initial inspection it appears to be built to last. 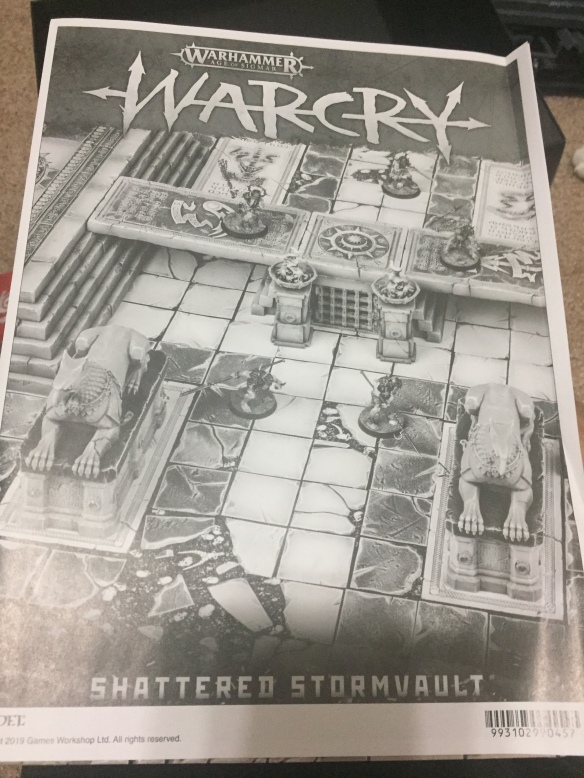 A simple guide to building the terrain is included.  Additionally as with the previous Warcry terrain there is no mention of what needs to be glued on or not.  To give you a heads up, the columns that attach to the terrain are not present on all the terrain cards, so don’t glue them to the platforms!

Again you have 36 terrain cards presented and 16 of those include the base terrain that is included in the box set for some added variety.

The unique terrain board showcases a hollowed Stormvault area with plenty of sigmarite icons and of course a wide variety of skulls that you would expect on any piece of Warhammer terrain. 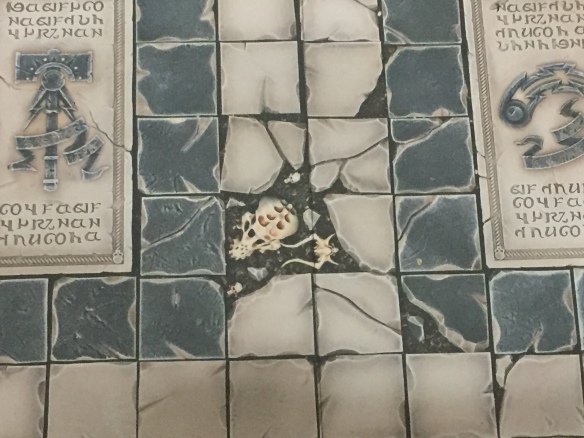 Someone has been using the Citadel Skulls pack

The reverse side was a tad disappointing as it is not wholly unique.  It recycles parts of the previous boards to fill it out.  While this would hardly be noticeable if you were doing a four player game, I do like my unique terrain and would have liked to see some new designs.

When compared to the Corpsewrack board you can see what I mean:

And with all three boards together:

The brown shades on the box set board are a little off compared to the recent two probably because it is a more zoomed in picture of the terrain that the other two.  Again, with terrain covering the boards I think it would be more of an after thought that a deal breaker.

All in all I think the terrain is worth it and I look forward to at some point in the future getting this terrain painted up and in action.  Let me know what you think of the terrain in the comments below!