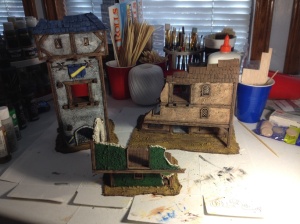 Been a little while since I have had anything new to show off, but I finally got some terrain time over the holidays, so it is officially time to post something! I was asked to do a tutorial post, but since I was already way too far into this build to try and do a real step-by-step sort of thing, the full tutorial post will be my next project. So if you are interested in that, stay tuned!

These buildings were made as a set to prototype the modular bridge and balcony idea I had a few months ago. The set consisted of a small, two floor building that was mostly ruin, a longer, three floor building with the bridge opening on the third floor, and a five floor behemoth guard tower with openings and mounts on the third and fourth floors. Almost right away I realized that my design for the two floor building would not work because I found that I needed a flat wall below the bridge mount for support. I finished the piece anyway, though, because I had already put a bit of work into it, and it is still a good enough piece to sit on my table. Here are a few pictures of that piece. 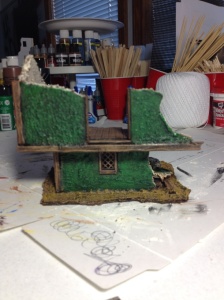 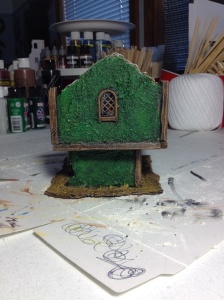 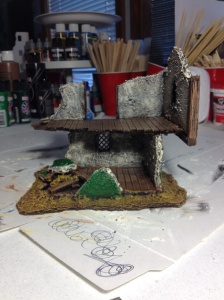 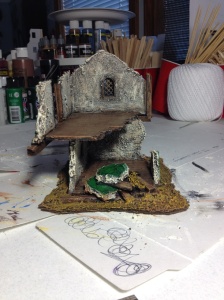 All three buildings are foamcore walls, and balsa wood sticks for corner supports. I tried something different with these buildings and for the floors used sheet balsa wood, cut and scored to make the individual boards. Not sure if I will continue to do it this way. It saves HOURS but honestly, it just does not look as good as individually cut and shapes craft popsicle sticks. Maybe I just need to work with it some more and perfect the technique. Anyway, the windows are Lego windows, which are AWESOME, and the walls and base are textured with stucco patch.

Next up is the three floor building. 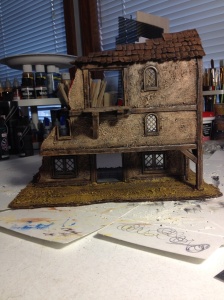 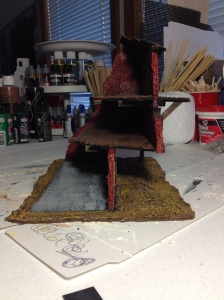 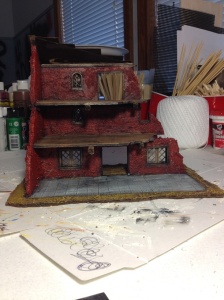 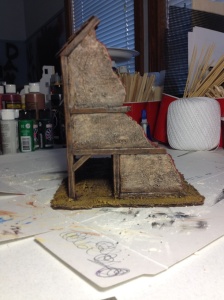 This building has pretty much the exact same construction as the first except for some cardboard roof tiles. Here are a couple of close up pictures of one of the modular balconies in place on this building. 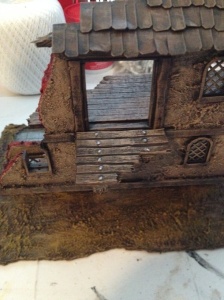 As you can see, the balconies fit in nice and snug. You probably would not ever be able to tell that they are removable. Any of the balconies that I have made can fit onto any mount on any building.

Finally, we have the big guard tower… 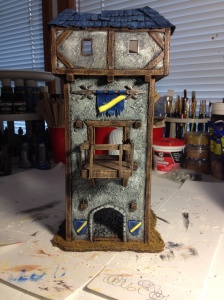 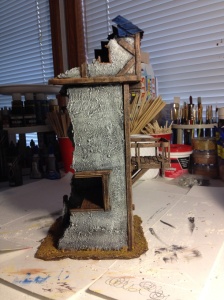 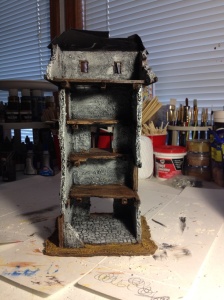 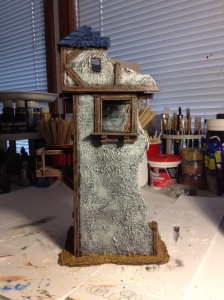 And close ups of the balconies… 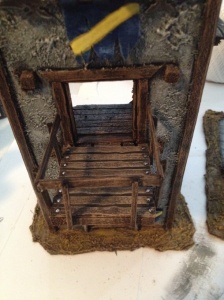 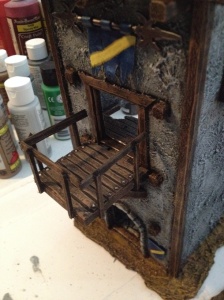 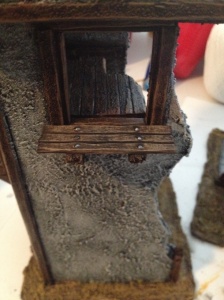 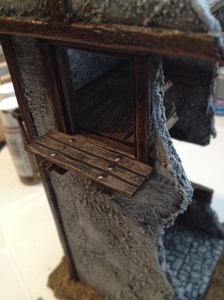 I did not use any Lego windows on this one, but the shields on either side of the front door, and the banner pole are all modified Lego pieces. Lego pieces are cheap, easy to cut and modify, and close enough in scale that they are worth looking at as additions to anyone’s bitz box.

Now that you have seen the buildings with the balconies in place, now it’s time to see the bridge. Sorry for the blurry pictures… 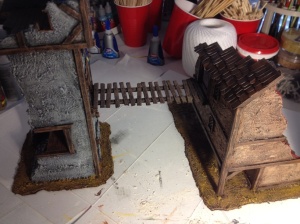 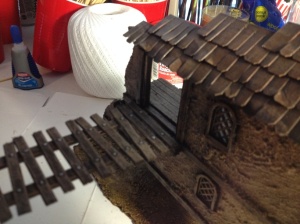 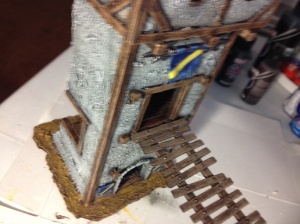 Again, much like the balconies, the bridge fits in snuggly, and flush. Someone would be hard pressed to know it was removable if I did not tell or show them. Only time and gaming will tell if my rudimentary engineering skills will hold up on the table top. Wish me luck!

8 thoughts on “Modular Bridges Are Here!”