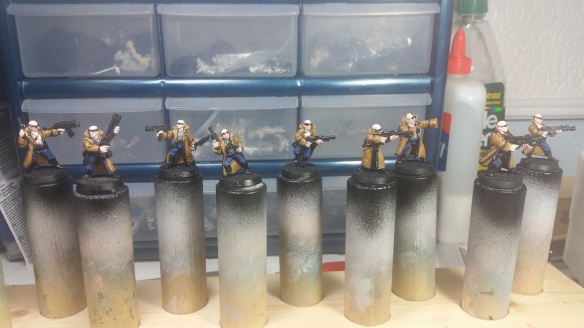 Well, it’s been 5 day since the last episode of Under the Brush, and despite my wrist being stubborn and not wanting to heal, I managed to get a little done this week.

All paints are in the Vallejo Game Color line unless otherwise noted. 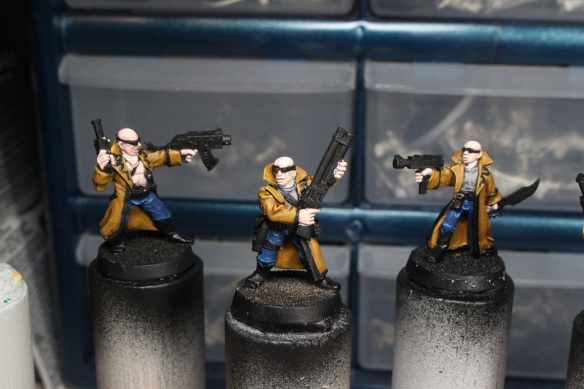 For the shirts, I wanted to go with an almost nondescript grey color. You might say the kind of grey that you see used for “Army” t-shirts in the US. I used a base coat of Cold Grey. From there I applied a wash of Black Wash, then highlighted with Stonewall Grey.

Originally I was thinking about using a camo-ish green for the pants, but then I remembered that I don’t actually have any camo-ish green colors. As most of my paints are Vallejo Game Color, my greens are all pretty bright and vivid. With green no longer being an option, I ended up going with blue. I used a base coat of Imperial Blue, then applied Blue Wash. I tried something a little different with the highlights on the pants, and some of them worked better than others. I basically went straight from the base coat and wash, to edge highlights with 50% Imperial Blue and 50% Dead White. I probably could have done a better job, but hey, it was worth the try. 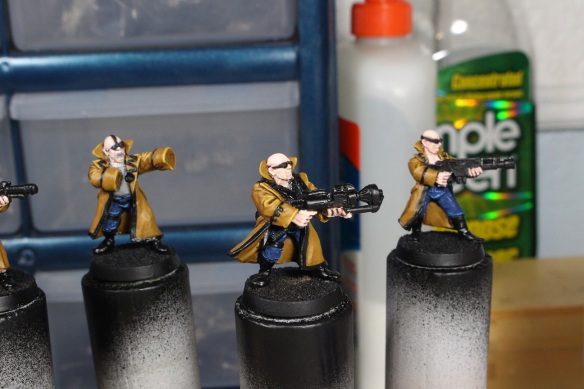 At this point, I have the flesh, shirts, coats, and pants done. I still have things like boots, belts/holsters, goggles, guns, backpacks for the Heavies, and bases to go. I would say that I am probably about 60% done with the gang. We’re going in to a three day weekend, so I hope to get some more painting done in between family time and cookouts.

As I have said before, for the sake of my sanity, I am only going for a tabletop standard with these minis, so they definitely will not be winning any awards. With that in mind, let’s take a closer look at the minis. 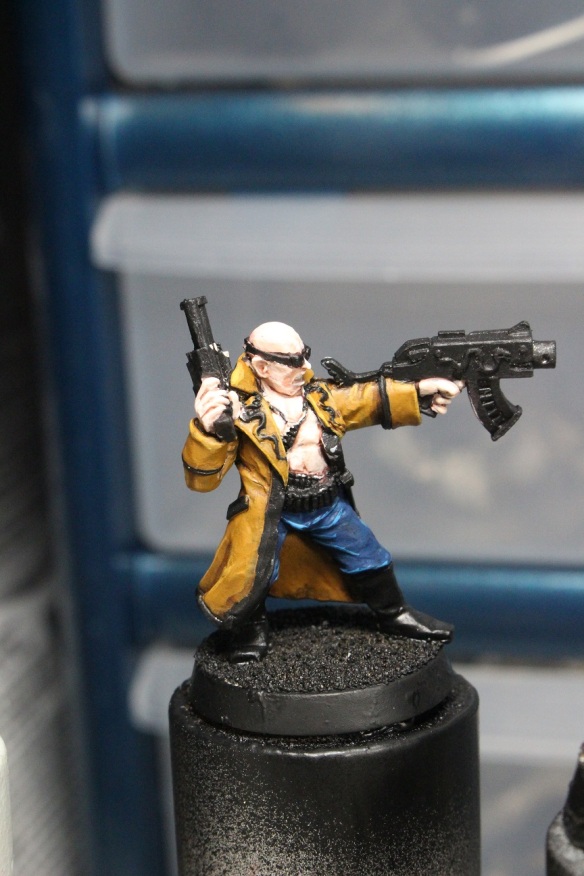 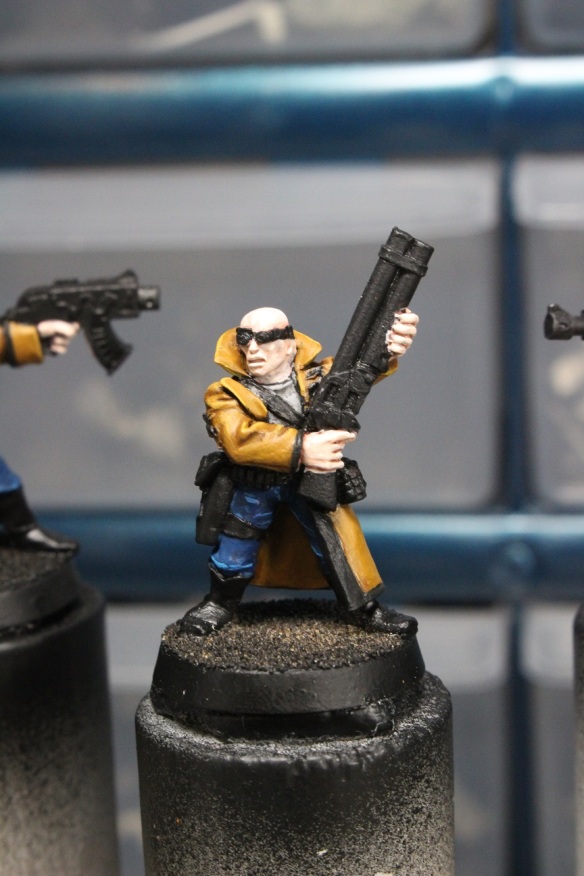 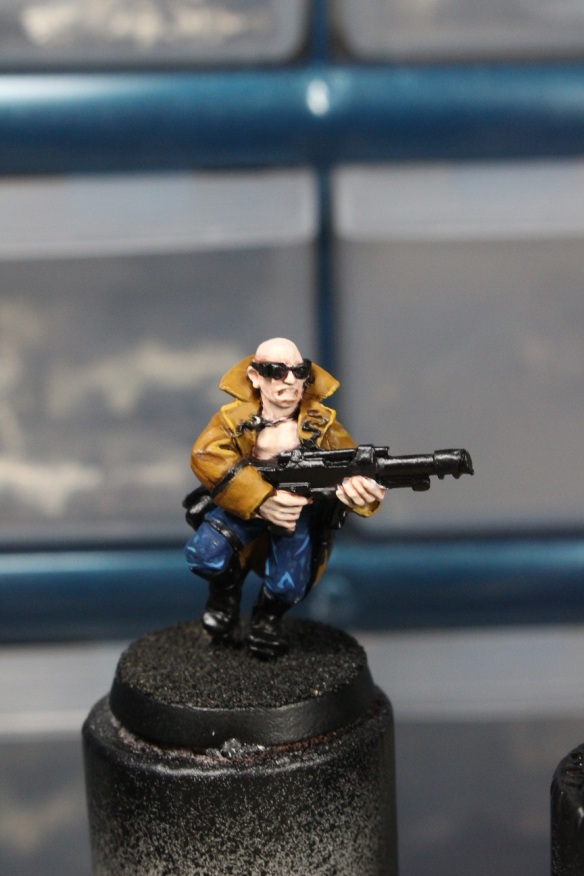 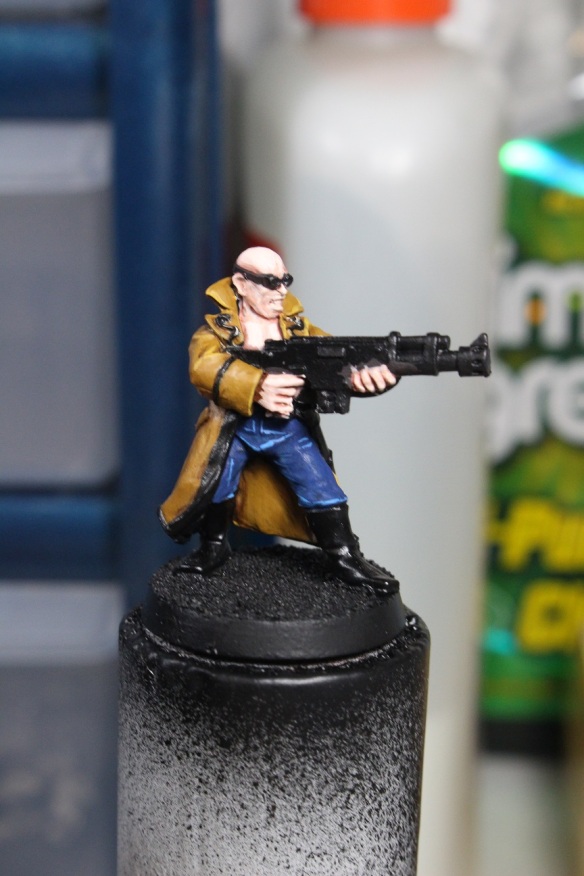 That’s all for today. I’ll post more when there is more to show! Let me know what you think.