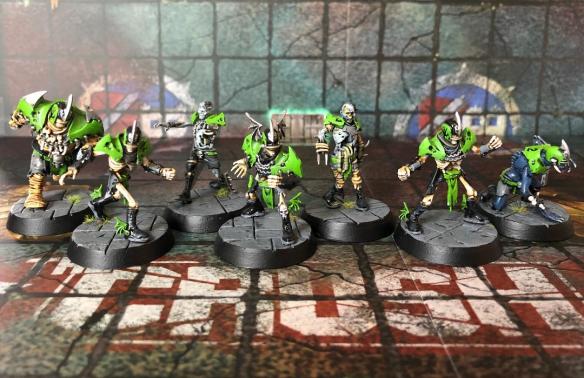 In the early 00’s, I managed an Undead BB team to quite a bit of success. Winning tournaments with them in Austin, San Antonio, and Dallas. Almost 20 years later…I’m bringing the franchise to Blitz Bowl.

I don’t have that original team anymore, but below are several photos. The team was made up of several conversions. Skeletons using bits from the Human 2nd edition plastic team, Space Marine shoulder pads across the squad for some uniformity. The colors were mainly black with scorpion green trim. 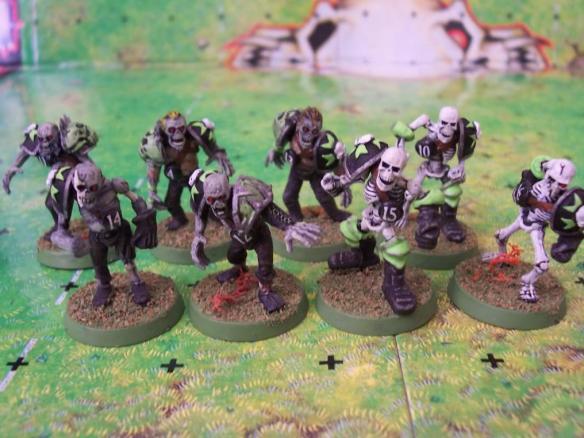 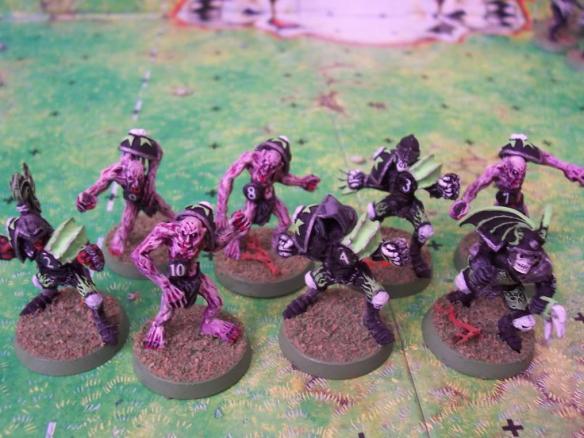 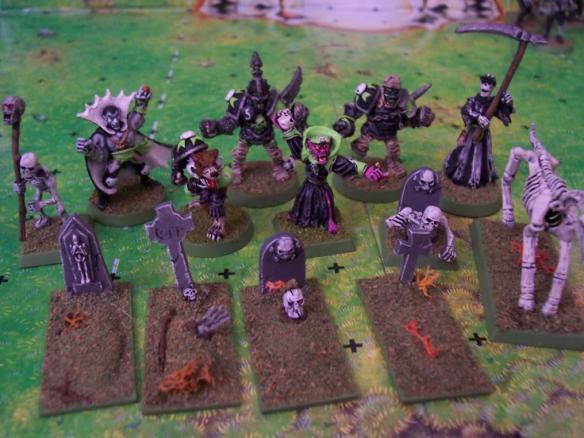 Looking above, this team has about 20 models worth of players as well as coach, re-roll counters, mascot and ref. A bunch of team odds and ends I simply wouldn’t have the time to do anymore.

Thankfully, Blitz Bowl has arrived for my current lifestyle.

On the off chance I ever play a full Undead Blood Bowl team, I would definitely go with these colors. Bring the squad back from the grave. In honor of this team, I’m having the Blitz Bowl, minor league squad go with the ‘Away’ version of the team’s colors…so more green and less black. Also, my ghouls have shifted from a pale color to dark blue/grey over the years. 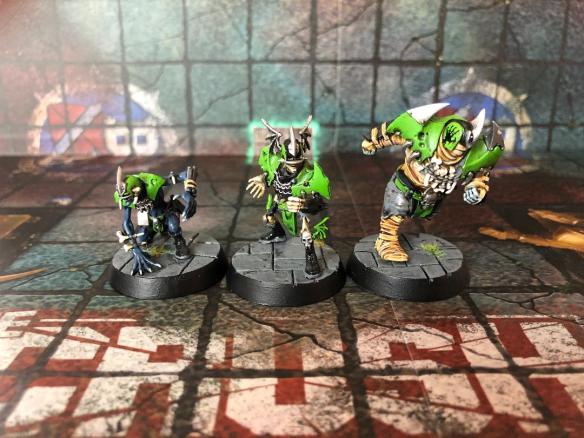 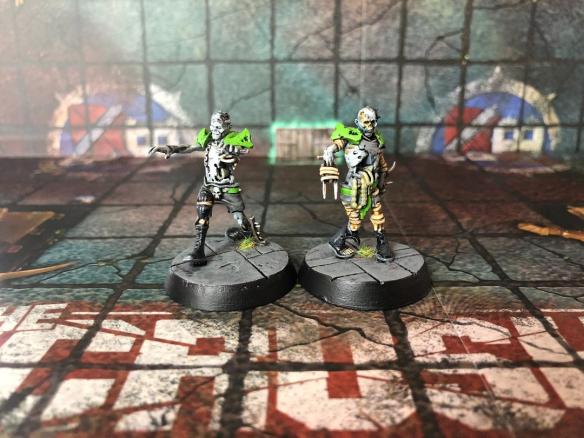 I have yet to play a game of Blitz Bowl with this team. I admire and applaud the sleek design of Blitz Bowl and its “one sprue, one team” philosophy, but I wish this team was 6 players instead of 7. It would feel more like a legit organization if the teams all followed a little tighter standard, such as _all_ Blood Bowl teams having a max of 16 players, 13 on the field, no matter the quality of players. But, this isn’t a blocker for me to enjoy the game.

Anyone have experience with this team in Blitz Bowl?