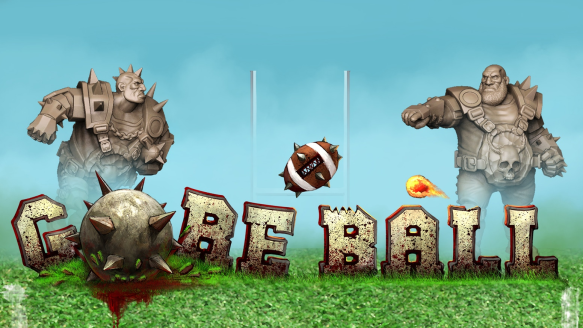 Not too long ago we mentioned the Kickstarter launch of the Gore Ball Ogre team on the site.  The Kickstater from Word Forge Games offered up a rather impressive collection of single piece resin cast models and as the campaign progressed it grew to include a large variety of greenskins too.  I was impressed with the designs of the ogres offering a variety of different poses and looks, but having already a full ogre team on standby I couldn’t pull the trigger on the full set.  Yet the allure of the new was too much, and I could not resist the hockey mask look and went ahead and ordered one.  Now Mike is working on a full review of the entire set, but as he’s recovering from the installation of his cyber-leg I’m given a chance to offer my quick opinion of my newest recruit.

I currently have two human teams both sporting their own Ogres along with the full team but I was looking for something with a more mercenary look.  Now in our Blood Bowl league play we have come up with a few house rules to add some flavor to the season.  One of those rules is a way for teams to borrow money for those emergency situations when your team has been beaten down or you really need that apothecary.  The rules state that the money plus interest comes out of the next games winnings and if the team is unable to play the banking guild is none too pleased.  To express their displeasure the team’s next opponent receives a boost.  Thrudd would take the field to wreck havoc! We tweaked his rules just a tad so he wouldn’t switch sides quite as easily, but despite the prospect of being “Thrudded” the coaches enjoyed the rules.  After a break in play our league started up again but the Thrudd model had moved on so instead we came up with a new character Milk.  Same stats and concept as Thrudd but now teams that didn’t pay up would face the consequences of being ‘Milked’.

Anyhow, I felt Milk needed a new representation on the field and what better model to use that a hockey mask wearing Ogre! 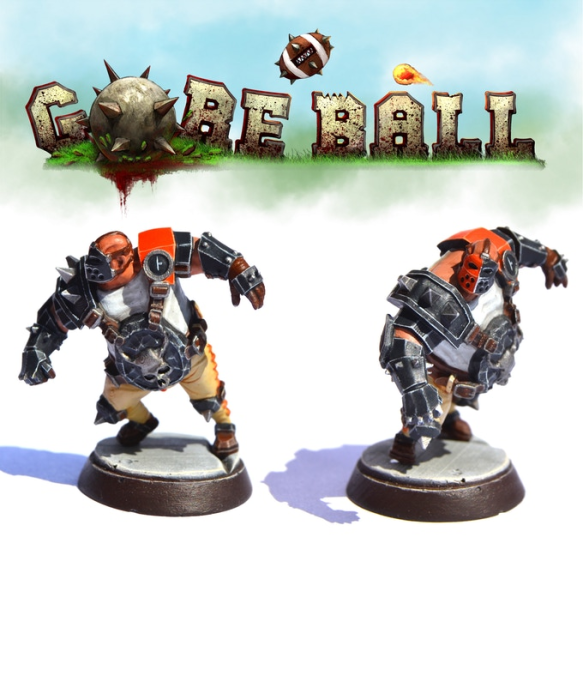 The Gore Ball kickstarter went smooth and it wasn’t long before I had a nice new box sitting in my mailbox.  Opening it up and I was treated to a nice single piece resin model with both feet on the ground! 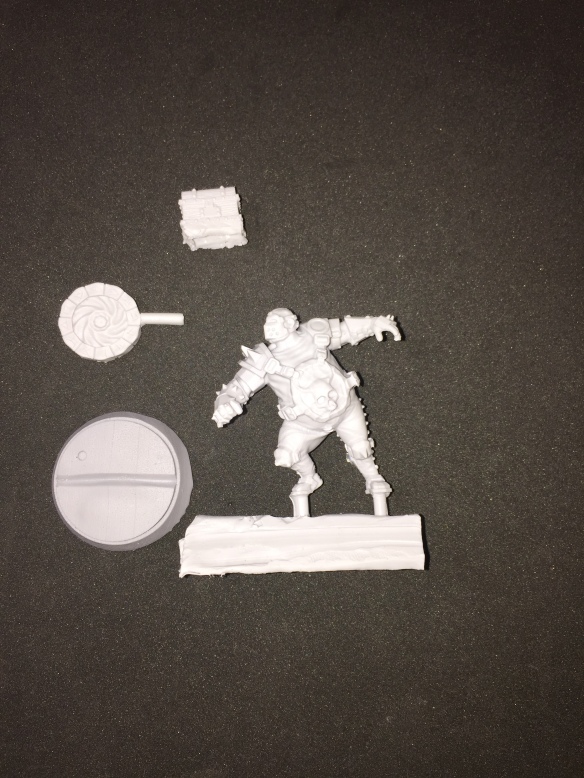 He came with a resin base that instantly reminded me of the 2nd edition board along with what looked like a teleporter and a treasure chest.  Sounds a lot like Dungeonbowl to me but I will most likely be using the chest for a game of Mordheim. 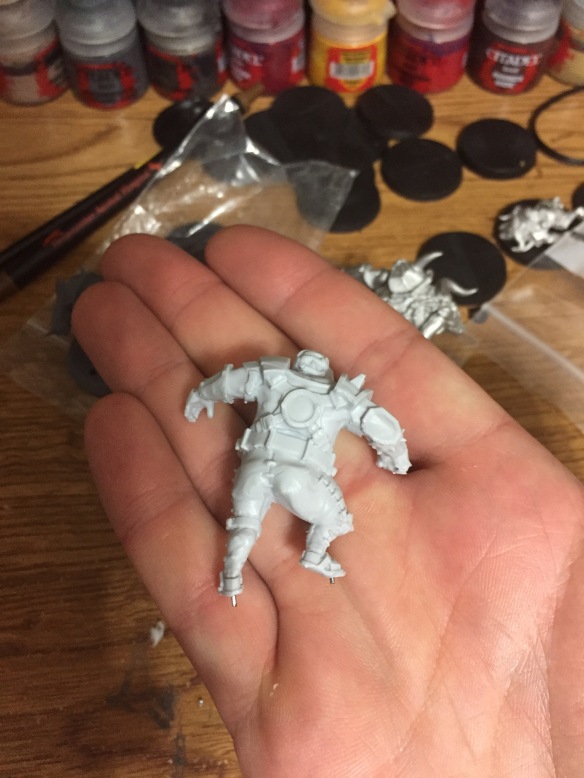 Moderately easy mold lines to clean up and after adding a couple of pins to the feet I was ready to get him on a base.  I did have one small air bubble in the resin but it is on the underside of his hand.  It is so small and out of the way that I am not worried about it.  I used a non GW base for mounting that is a hair lower than your normal Blood Bowl bases so please keep that in mind for the comparisons.  First how he stacks up against out of the box BB16 players. 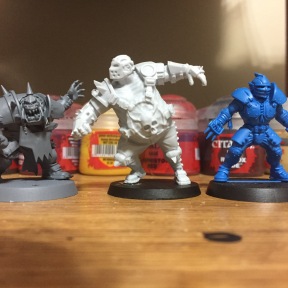 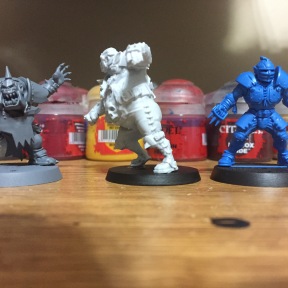 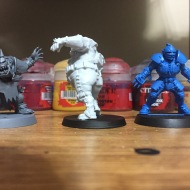 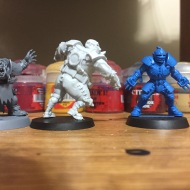 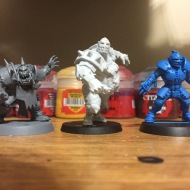 The final comparison puts him next to some big guys to see how he stacks up.  I’m a bit thin on Big Guys compared to Mike but I think he fits very well.  He is not on a GW base but its a standard BB16 diameter sized base.  Not bad for a big guy 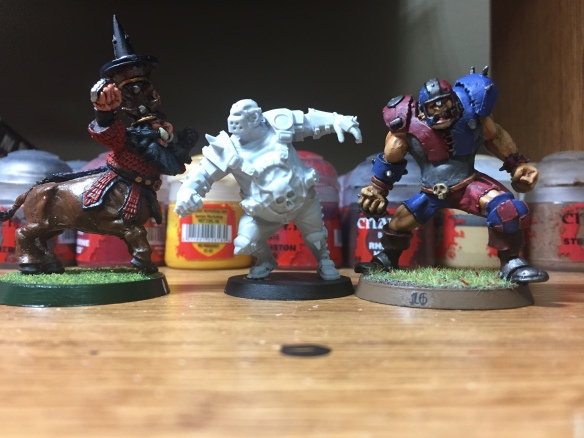 Overall I like him.  Style wise he fits well into the sport and size wise I think he is perfect.  The fact he was a single piece was very nice.  It was very refreshing to scrape a few mold lines and then be ready to roll with him.  I maybe should have gone with the Juggernaut ogre over Slammer to capture the terror of being ‘Milked’ as he was to be slightly larger than the others, but I think with an menacing looking paintjob he will do well.  I’m thinking maybe some yellow and black hazard striping on the face mask, but that is problem for future me to worry about.  Expect a full write-up on the rest of Gore Ball cast as soon once Mike is back up to full steam.