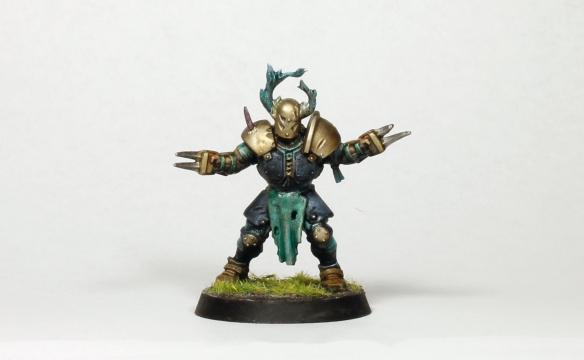 I’ve been working on painting up my Chaos Renegades team off and on over the past couple of months and I’m slowly reaching the finish line. For the color choice I wanted some Tzeentch-y as he’s my favorite of the chaos gods (although I was really tempted by the 5th god Malaal but figured the reference was too obscure). I wanted to avoid yellow and blue as I didn’t want the team to look like the Reikland Reavers color scheme, but I did end up going with a pale gold, blue and turquoise look. I hope the Changer of Ways approves.

It took me a couple of attempts to get the color scheme down, my first attempt was #8, I tried to do a purple with blue but quickly abandoned due to the purple and blue being completely indistinguishable. Marauder #8 might get stripped down and repainted at some point … well if I’m being realistic he probably won’t, he’ll probably just get renumbered and serve as a journeyman player when I’ve got guys out injured. 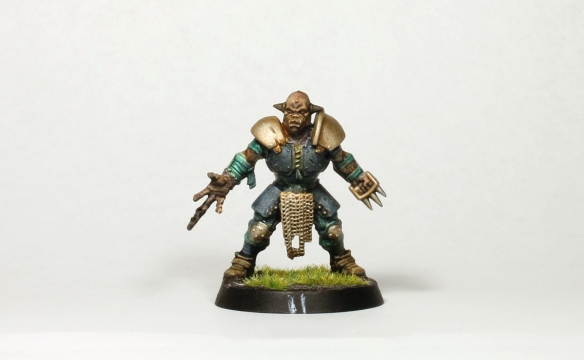 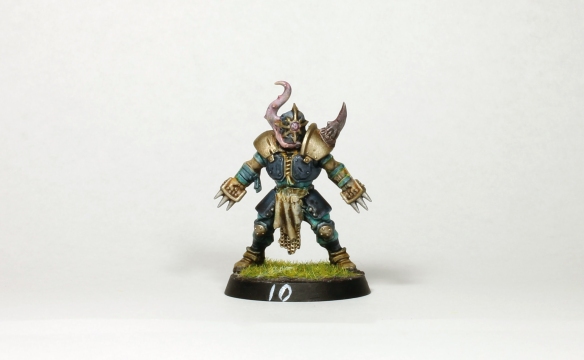 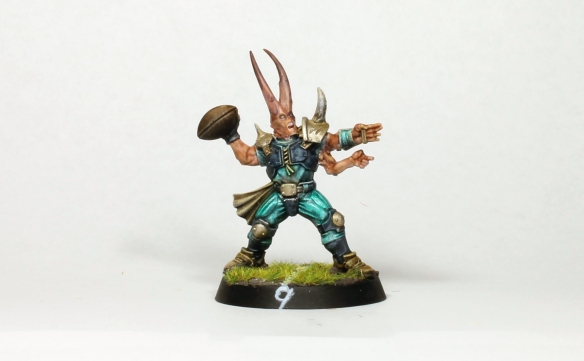 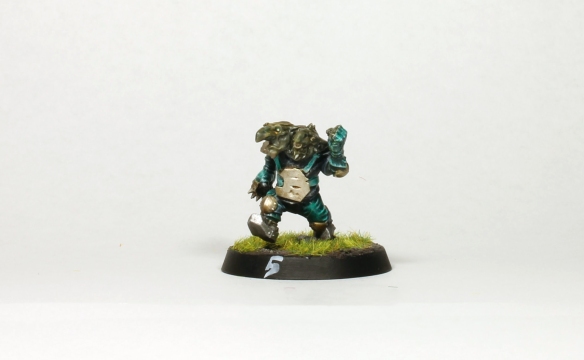 My apologies for the skaven picture, I accidentally bumped my camera and the battery was running low so I couldn’t retake. Here’s a clearer pic of him instead on the night I finished him up.

So what’s next? My troll is primed and ready for when I find the time to start painting him up. My ogre is waiting for my magnets to show up from China. I want to magnetize the ogre’s arm so he can sport a claw if he ever gains a mutation. It will probably never happen, but I think it could look cool. I want to get the Forge World minotaur and one of the new elf union linemen (or women) to convert to be my dark elf player. I also have a goblin with just one head I can paint up, but that’s not a top priority yet. Of course I’m sure I’ve jinxed myself and he’ll die in his next game …

11 thoughts on “Under the Brush: Chaos Renegades update”